Sir Maejor Page has been charged with one count of wire fraud and two counts of money laundering. 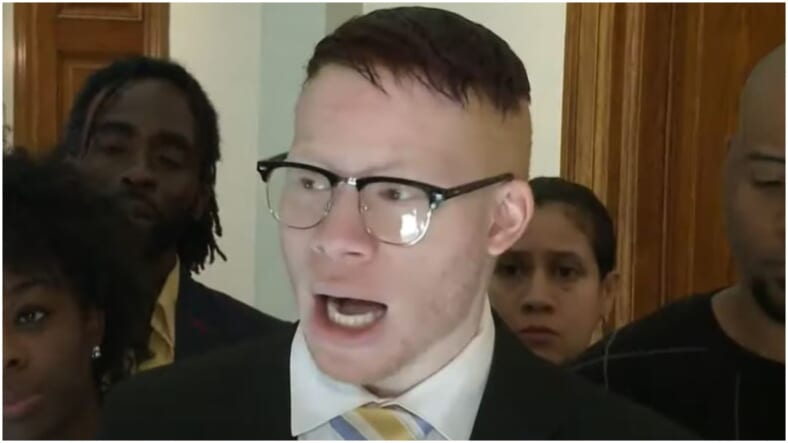 An Atlanta-based man who claimed to be an activist is facing federal charges of money laundering and wire fraud after he allegedly used donations raised in the name of Black Lives Matter on personal expenses.

Sir Maejor Page, 32, (born Tyree Conyers-Page) was arrested Friday after authorities said he spent more than $200,000 in funds intended for the social justice movement on tailored suits, guns and a home in Ohio, The Atlanta Journal-Constitution reports.

The FBI said Page told donors that their “funds had been used to fight for George Floyd” and that none was spent on personal items. “All movement related,” he said, according to the complaint.

According to the press release, “Numerous videos and livestream videos were posted to Page’s personal social media pages showing himself in what appeared to be newly purchased clothing, hotel rooms, and office space in Atlanta. Several audio statements are made by Page in the videos boasting about the money he has, his tailored suits, his nice cufflinks and ‘$150 ties’ and boasting about ‘my room way up at the top….at the top top…they put the bottom feeders on these floors…”

The company has removed Page’s fundraising accounts as well as any associated with the Black Lives Matter of Greater Atlanta organization. Donors who supported Page’s GoFundMe platform are receiving refunds upon request.

“GoFundMe has taken action to ensure you can no longer start a GoFundMe for BLMGA. PayPal has also confirmed BLMGA has been removed from its database,” the statement read. “Campaigns with misuse are very rare, and we take all complaints very seriously. Our team is working with law enforcement and assisting them in the investigation.”

Page was arrested Friday in Toledo and charged with one count of wire fraud and two counts of money laundering.