OPINION: White women who consider themselves allies should also consider the unfairness in Amy Coney Barrett's nomination -- and act now.

Aderonke Pederson
Seventh U.S. Circuit Court Judge Amy Coney Barrett, President Donald Trump’s nominee for the U.S. Supreme Court, meets with Sen. John Thune (R-SD) as she begins a series of meetings to prepare for her confirmation hearing in the Mansfield Room at the U.S. Capitol on September 29, 2020 in Washington, DC. (Photo by Greg Nash-Pool/Getty Images)

As America watched Chris Wallace moderate the presidential debate Tuesday night, front and center was the Supreme Court nomination and its impact on women’s rights and deciding the outcome of the general election.

Under the Affordable Care Act, which the Trump administration seeks to destroy, women cannot be charged more simply for their gender or a preexisting women’s health condition like pregnancy. Women’s rights, including Black women’s rights, are at stake in the selection of the next Supreme Court Justice. It is, therefore, critical for social, economic and racial representation to take center stage in the person nominated.

White women are indebted to Black women, who deserve reciprocity in the fight for equity in all sectors of society but are being denied our turn. There have been four women who have served on the Supreme Court since its establishment in 1789, and three of the four have been White women. We now have a seat open, and another White woman has been nominated.

Yet, we have never had a Black woman serve on the Supreme Court in its over 200-year history. Black women are being denied their turn on the highest court in the land yet again. If White women like Amy Coney Barrett consider themselves allies in the fight for equity and justice for all Americans — including Black women — they would consider the unfairness in this nomination, and they would act.

If White women want to be part of the solution, here is an opportunity to consider what is at stake before us. To be sure, having the most qualified person nominated is essential, we have, in fact, several qualified judges who are Black women, despite their absence from the highest bench. Part of being anti-racist is giving up power to those who are constantly overlooked. This is why affirmative action was created, because time and time again, systemic, institutional and individual racism closes doors to qualified Black applicants.

The scene we are witnessing with President Donald Trump referring Judge Amy Coney Barrett to the open Supreme Court position, overlooking highly qualified Black female judges for the job and overlooking the needs of a fragile nation, is a familiar story. From minimum wage jobs to highly influential positions, Black women experience rampant oversight and economic injustice which disempowers us. The American Bar Association reported that over the lifetime of a Black woman, she will assume a lifetime wage gap of nearly $1 million and have to work till age 84 to earn what a White man will earn by age 60 despite similar qualifications in education.

To understand why economic, social and racial representation is so critical to moving our country forward, consider that Black women have been the pioneers of asking the tough questions and speaking truth to power at critical moments in history when the needs of the marginalized were at stake. Rosa Parks was the first woman to lie in honor at the U.S. Capitol Rotunda in 2005, yet despite her unparalleled work in fighting injustice, she will not go down in history as the first woman to lie in state at the Capitol because she was a private citizen, not a government official. This does not diminish her work. Representation in positions of power matters, however, and Black women are overlooked by our society and government repeatedly. We must act.

One of the critiques of the women’s suffrage movement was that Black women showed up for White women, but when it was necessary to reciprocate, White women abandoned Black women. Many Black women including Ida B. Wells had to form separate organizations for Black women. This historical trend remains evident today. On Jan. 21, 2017, more than 3 million people marched in Washington and across the country to stand up for women’s rights. Indeed, the focus of the march included several goals, one of which was racial injustice; however, the ethos remained focused on White women. When women speak, Black women show up; when Black women bleed, White women become shy.

As a Black woman orphaned as a teenager who has experienced health and economic inequities, and has had to navigate a White world throughout my training to become a physician, I am keenly aware of the necessity of representation in positions of power. I am often asked by my White colleagues, “What can I do to help?” Here are some action steps: speak up, give up power, and listen.

Black women are being denied our opportunity to serve on the Supreme Court: time to speak up, call your senators, and demand a Black woman is nominated and appointed. It may seem too late, however there is precedent for the withdrawal of Supreme Court justice nominations after they have been made. All women’s rights cannot matter until Black women’s rights matter. This is the only way to truly honor the legacy of the birth of the women’s rights movement, a movement pioneered by Black women fighting alongside White women.

To make good on this legacy, White women must show up alongside Black Women fighting to be seen, to be heard and to be considered especially when it matters as it does in this critical moment in history. 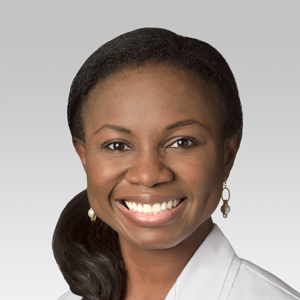 Dr. Aderonke Pederson, a Northwestern University Public Voices Fellow, is a psychiatrist and faculty instructor and researcher at the Feinberg School of Medicine.