How progressives should handle the ‘Black male voter’ problem

OPINION: Rather than worrying about Black men who may vote for Trump, progressives need to focus on turning out Black men and women in larger numbers.

At President Donald Trump’s recent (and possibly COVID-19 infectious) in-person rally at the White House, Black supporters of Trump attempted to recruit significant numbers of African Americans for the audience. It is just one of other awkward attempts the Trump campaign has made to improve its racial optics.

Given the president’s history of racist rhetoric and conduct, however, polls do not reveal such tepid efforts are likely to convert any significant number of Black voters.

Nonetheless, there has been recent anxious debate as to why 14% of Black men reported voting for Trump in 2016 given how narrowly Democratic presidential candidate, Hillary Clinton, lost to Trump.

Treating the “Black male voter” problem in isolation is to ignore the fact that Black women are most often key organizers and mobilizers of the Black vote, including the votes of their brothers. Of course, there must be specific appeals targeted at the concerns and votes of Black men.

But scholars and activists of intersectionality warn us about the dangers of privileging the leadership and lives of Black men over those of Black women.

It is true that in 2016 there was a slight gender gap where greater numbers of Black men reported voting for and having more favorable views of Trump as compared to Black women (see the tables.)  Still, pro-Trump Black women and men were a fraction of the Black vote; other than Black women, Black men were the least likely of all race-gender combinations to support Trump; and in general Black men and women held views that were small differences of degree and not in kind.

2016 CMPS: Had favorable or somewhat favorable views of…

And it is unlikely that these slight differences can be explained by differences in ideology, given that roughly equal percentages of Black women and men ideologically identified as liberal (35.8% vs 36.26), moderate (37.1% vs. 39,6%), or conservative (15.3% vs 14.4%). No matter the labels, Black women are somewhat more likely than Black men to support left-leaning policy proposals such as universal healthcare or same-sex marriage.

Simulations conducted by the Center for American Progress indicate that if Black turnout in 2016 matched that of 2012, African Americans could have been the critical margin of victory for Clinton in the critical “Blue wall” states of Michigan, Wisconsin, and Pennsylvania. Thus, the reason why in 2020 a bevy of groups – from the Black Male Voter Project to Amplify Action – are attempting to increase Black turnout especially among Black men.

Of course, there are structural barriers that may very specifically and directly impact Black men’s rates of voter participation – from felony disenfranchisement to GOP-led purges of inconsistent voters. While Black women for various reasons may be enthused by the Democratic vice-presidential candidacy of Sen. Kamala Harris (D-CA), we do not know if her candidacy will have an “Obama effect” with Black men even though Harris has made pitches directed at Black men in battleground states like Michigan.

There is an array of issues that speak to Black men’s interests including questions of economic and occupational inequalities. But we do not know if Black men will be drawn to the economic and health policy platforms of Democratic presidential candidate Joe Biden.

In the end, a multi-pronged approach that targets both Black women and men may be the most successful and progressive strategy. 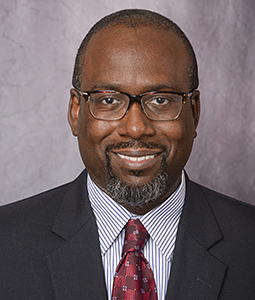 Todd Shaw is an associate professor at the University of South Carolina, where he teaches political science and the African American studies.