LeBron James and many on Twitter are highly anticipating tonight’s episode of Saturday Night Live. The episode will be hosted by famed comedian Dave Chappelle.

“Chappelle SNL. Tonight. My brother about to flame that studio up tonight,” James tweeted.

“I didn’t know that Donald Trump was gonna win the election,” Chappelle said in his monologue. “I think I speak for all of Black America when I say that we’re all praying for Omarosa.”

In the monologue, he commended former president Barack Obama for doing “a good job” during his two terms and for being the first Black man to “hear America’s secrets” and live to tell it.

Chappelle would later recant his statement on SNL in 2017. According to Vanity Fair, he told a crowd during the Robin Hood Gala: “I was the first guy on TV to say ‘Give Trump a chance.’ I f—ed up. Sorry.” 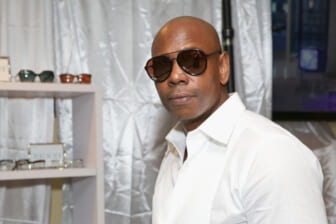 A fan named Sam Roberts tweeted about the magnitude of Chappelle being the first comedian to speak of this moment in time, saying, “Sometimes things are just meant to be.”

Another fan wrote, “Dave Chappelle’s opening monologue on SNL tonight is about to be INSANE.”