Why Thanksgiving this year with family should be cancelled

OPINION: By sacrificing holiday mass gatherings we can avoid the dubious distinction of being the host of a super spreader event.

As COVID-19 cases soar and hospitals become overwhelmed, it’s time for us to rethink one of our most sacred American traditions — Thanksgiving.

5 — The number of consecutive record day highs in the United States.

20 — The number of states that have recorded their highest number of new daily cases in the last week.

282,000 — The CDC’s projected number of COVID-related deaths by December if our response doesn’t change.

The recent surge of COVID-19 cases has left the nation searching for answers — answers that won’t be coming any time soon given the current administration’s preoccupation with the results of the 2020 presidential election.

A combination of poor leadership, American individualism, misinformation and a growing defiance against science has made a bad situation worse. But in advance of the flu season, which kills thousands of Americans and hospitalizes many more, we have an opportunity to come together by staying apart.

By sacrificing holiday mass gatherings  — or at least limiting the festivities to fewer than 10 friends or family members — we can avoid the dubious distinction of being the host of a super spreader event.

The present administration’s failure to implement a unified public health approach to flatten the COVID-19 curve has left us with no choice. And we can’t expect to begin implementing one before President-elect Joe Biden is inaugurated on Jan. 20, 2021.

Read More: Biden inauguration expected to be downsized from prior years amid pandemic

President Donald Trump has decided to spend his last days in office probing unsubstantiated allegations of voter fraud instead of managing a pandemic that has already killed over 242,000 Americans. In the Midwest, where Republican governors were slow to acknowledge the pandemic’s severity, cases have reached crisis levels. Now states and cities are imposing new restrictions to curb the spread, but it may be too little too late.

Last week, Utah Governor Gary Herbert issued a two-week state of emergency order mandating masks statewide, restricting social gatherings, and outlining plans for expanded COVID-19 testing; and Chicago Mayor Lori Lightfoot issued a 30-day stay-at-home advisory, asking people to refrain from traveling, having guests in their home or leaving for nonessential business in response to the rapid rise of COVID-19 cases and hospitalizations in the city.

Leaders are also opening up about their own Thanksgiving plans. Atlanta Mayor Keisha Lance Bottoms has shared her intentions to host a smaller-than-normal Thanksgiving dinner with only her immediate family during a recent interview with the Harvard Chan School of Public Health; and Dr. Anthony Fauci, a leading figure in the coronavirus response, said he will be having Thanksgiving dinner with his daughters via Zoom.

We don’t know when this nightmare will end, but early reports on a potential vaccine have provided a glimmer of hope. Moderna recently announced promising results from their latest COVID-19 vaccine trial, citing 94 percent effectiveness and limited side effects. Still vaccine skepticism remains high with only half of Americans saying that they would be willing to take the vaccine as of October. And compliance won’t be the only obstacle.

Even if everyone received this version of the vaccine, 1 in 16 recipients would be vulnerable, requiring people to wear masks and practice social distancing until herd immunity is achieved. Until we have a clear, imminent, and readily accessible solution we must stay the course.

We are a long way from where we need to be and pandemic fatigue is real, but I urge you to recommit to the fundamentals that got us past the first surge — physical distancing, hand washing, mask wearing and limiting travel.

You may genuinely believe that you are the exception to the rule — capable of having all your trusted family and friends together under one roof, believing wholeheartedly that they have taken every precaution to protect themselves and others — but it’s simply impossible to know for certain if that’s true.

The Centers for Disease Prevention and Control, the nation’s leading health protection agency, is discouraging Thanksgiving celebrations and we should listen. The effects of the pandemic have shown us that we have to protect ourselves from ourselves, because absent ironclad rules, there’s simply no way to ensure that we’ll follow the rules.

This virus is deadly and it has hit communities of color especially hard. If it hasn’t touched you or a loved one, remember that you are the beneficiary of collective goodwill. Unfortunately, it’s getting harder and harder to outrun this virus so I urge you, again, to double down on the social distancing measures that got us beyond the first peak.

COVID-19 cases are climbing and without a widely available vaccine that is trusted and taken by the public, there’s no end in sight. It’s time to reimagine Thanksgiving 2020. Stay home. Save Lives. 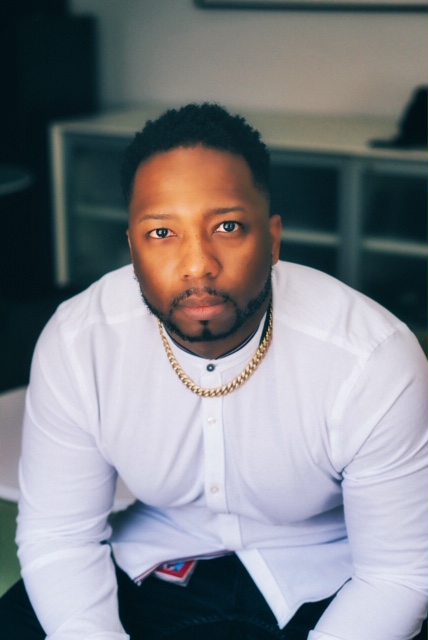