Married to Medicine star Mariah Huq is suing Bravo for discrimination and claims that the network refuses to pay her royalties.

Huq is not only a leading lady on the reality series but is also credited as the creator and an executive producer on Bravo’s website. But according to the lawsuit filed January 5, Purveyors of Pop, Bravo, NBC, and Fremantle “acted illegally and unethically which includes but is not limited to”: 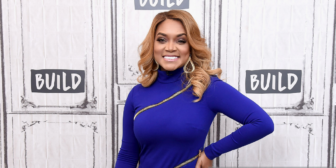 “This lawsuit was filed today as a result of the defendants stealing Mariah Huq’s creation Married to Medicine and not paying her royalties, giving her proper credit for spinoffs, etc., and treating her with discriminatory practices,” All About Tea reported in a video about the lawsuit.

The complaint is twenty pages long and lays out a significant number of discriminatory practices by NBC/Bravo/Fremantle and Purveyors of Pop against Mariah Huq.

According to the report, an intellectual property and discrimination complaint has been filed by Mariah Huq and her attorney Bryan Freedman against NBC/Bravo/Fremantle and Purveyors of Pop.

During an interview with the publication, Huq, who is Muslim, alleged that producers told her she couldn’t wear a hijab during filming. Huq asserted that there was an apparent disparity in how she was being treated as an executive producer versus her white counterparts, such as Lisa Vanderpump.

She also noted she wasn’t allowed to return for the show’s eighth season that she created. She believes the network would have never dreamed of if she wasn’t Black.

theGrio previously reported that former RHOA star, Nene Leakes, was also looking to take legal action against the network. The TV personality posted a #BoycottBravo petition to her Twitter, blasting Bravo for not treating the “Black women who created shows” fairly.

‘Y’all ready to start this boycott yet? What has happened behind the scenes is WRONG! While others were being promoted, BLACK WOMEN who created shows, created genres, built franchises, and built networks were being DEMOTED… TURN OFF YOUR TV’S,” the reality star tweeted.