Spike Lee says Trump has blood on his hands: ‘That’s going to be part of his legacy’

EXCLUSIVE: The legendary director revealed he intends to get the COVID-19 vaccine and urges Black and brown people to take the virus seriously 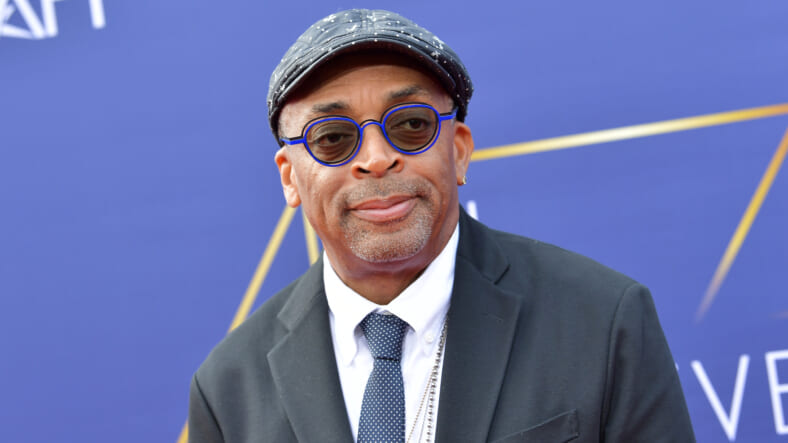 Shortly after Donald Trump was impeached for the second time on Wednesday, theGrio spoke to Spike Lee who was happy to celebrate the news.

The esteemed director who will be honored with the 34th American Cinematheque Award on Thursday night revealed that he intends to get the COVID-19 vaccine.

“This ‘Rona this 19 is not a joke. I know earlier there were Black people going around saying that ‘we couldn’t get the 19, we couldn’t get that Rona,’” he said. “I’m not going to jump the line, as we used to say in school … but when my turn comes, I’m taking the vaccine.”

Lee went on to explain that he understands the Black community’s hesitation to trust the vaccine, but that shouldn’t stop people from protecting themselves against the disease that is disproportionately affecting us.

“As Black folks, we have historically in this country had issues with vaccines and we have to go no further than the Tuskegee experiment. But this ‘Rona; this 19 is killing Black and brown people at a greater rate, more than anybody else. We make up the majority of the first responders,” he said.

“And I want to tell my Black and brown sisters and brothers, I understand that you have issues, but I’m taking the vaccine when my turn comes up. I’m not jumping the line, I’m not cutting the lines. I’m taking it because I want to be safe for my beautiful wife, Tonya, my children, and all the people I’m around.”

The coronavirus continues to rage across the country with more people dying every day. On Wednesday, the U.S. saw it’s deadliest day since the pandemic began, with more than 4,300 people succumbing to the virus that has already claimed more than 380,000 American lives.

“This ‘Rona, this 19, is not a hoax. It’s been killing Black and brown people at a really, really deafening rate,” said Lee.

The legendary director also blasted Donald Trump for his role in the pandemic, using the nickname he borrowed from Busta Rhymes for the twice impeached president.

“One of the legacies of Agent Orange is that when the final numbers totaled, a large part of that number is going to be blood on his hands. Those are Americans. Our fathers, mothers, sisters, brothers, uncles, relatives, friends did not have to die. That’s going be part of his legacy. So everybody, please be safe. This is not a hoax, it’s not a joke. This is real AF.”