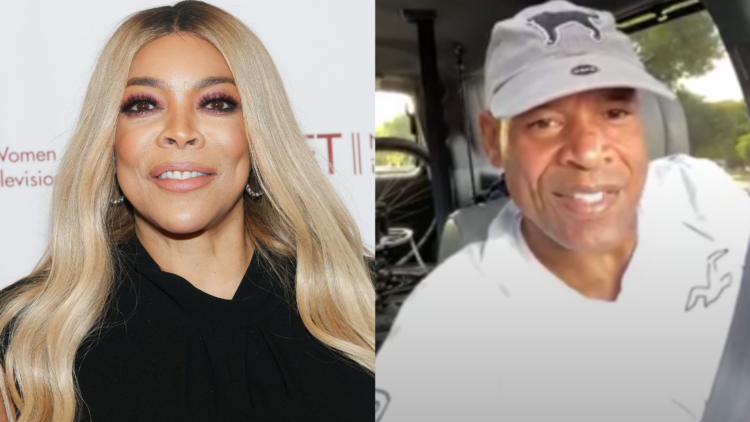 Wendy Williams called out her brother on her talk show Monday morning after he alleged she didn’t attend their mother’s funeral.

In a rare moment of family drama on public display, Williams took a few minutes to address her younger brother, Tommy Williams, who had made headlines days prior after he shamed Wendy for allegedly not attending their mother’s funeral service.

“What makes somebody not go to their mother’s funeral? I don’t understand not giving a salute to the one person who was always there and showed you support,” Tommy said in a YouTube video. “I don’t get how you can just move on and act like nothing happened.”

Tommy Williams claimed Wendy did attend their mom’s wake ceremony — which typically occurs before a funeral service — with her son Kevin Hunter Jr. He made sure to mention that her ex-husband, Kevin Hunter Sr., did attend the funeral despite her absence.

On The Wendy Williams Show, Williams acknowledged the online chatter her brother’s video created and decided to speak on it live on-air.

“I was just searching to see what people had to say about last week’s shows or the dresses or the guests we had … We do a nice production here,” said Williams. “I’m minding my own WendyShow.com business and I’m seeing a lot of comments about ‘you’re brother doesn’t like you’ or ‘you better watch your back because your brother is on one’ or ‘Wendy, I can’t believe you’re this kind of person.'”

Looking straight into the camera, Wendy Williams spoke directly to her brother: “Tommy, let me tell you something right now — all you are is my brother. You better stop talking the way you’re talking because now it’s dripping into my comment page.”

The stern and tense TV moment was followed up with a bit of Wendy humor.

“By the way, do you like my dress, Tommy?” the talk show diva said.

Wendy Williams announced her mother’s death in December, telling her audience that she had passed “many weeks ago” earlier during the pandemic.

Mrs. Williams regularly appeared on The Wendy Williams Show throughout its 12 years on-air. The love between Wendy and Shirley Williams often on full display on the daytime talk show, as Shirley and her husband Thomas Williams Sr. appeared on camera as special guests in the live audience.

And while like most celebrity moms, Shirley Williams, a retired school teacher, remained behind the scenes of her daughter’s meteoric career, she often won over audiences and Wendy fans with her endearing personality and humor.

One particularly memorable moment between Wendy and her mother ended with the talk show host in tears. In 2010, Shirley Williams shared a story with viewers about how Wendy’s birth brought “a ray of sunshine” to their family, as it occurred just months before Shirley Williams’s mother died of colon cancer.

“In 1964, my family was full of stress and in a lot of darkness because my mother was diagnosed with colon cancer. It was not a good time for my family. But then a ray of sunshine came into our lives,” Shirley Williams said at the time.

“What a wonderful blessing it was to us that one was ready to be taken away in October and one brought a ray of sunshine and hope and wonderfully, bubbly personality.”

Wendy also shared that when she was born in July, her mother was on summer break from teaching and yet had the job of caring for a newborn and simultaneously driving more than an hour from their home in Ocean Township, New Jersey to see her dying mother in Elizabeth.

“While one life was lost, one life was gained,” Wendy Williams added. “And maybe that’s why my mother says I turned out so bubbly because I was there to inject new ray and light … to our family.”