The 2:23 Foundation claims it has the backing of Ahmaud's father Marcus Arbery, Sr. and that Ahmaud's first cousin serves as a member of the organization. 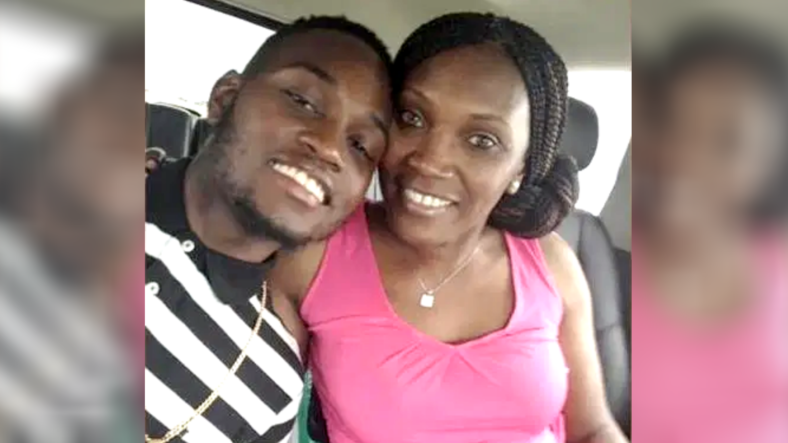 Wanda Cooper-Jones, the mother of Ahmaud Arbery, is speaking out against an organization she says is cashing in on using her son’s name and likeness without her permission.

Cooper-Jones, who is represented by civil rights attorney S. Lee Merritt, threatening to seek legal action against the 2:23 Foundation for allegedly violating an agreement it made with her in September 2020 to cease the use of Ahmaud’s likeness, reports TMZ.

Read More: Ahmaud Arbery’s mother remembers her son one year after his death

The organization reportedly raked up over $225,000 in donations on the one year anniversary of Ahmaud Arbery’s death, apparently causing Cooper-Jones to speak out through her lawyer. She says 2:23 Foundation is not affiliated with her or the family and claims the group is causing public confusion.

Merritt, Cooper-Jones’s attorney, tweeted on Wednesday: “Good morning America. You were just robbed for $226K in #AhmaudArbery’s name by @223fdn. 2:23 continues to feign support for “the family” but persist on raising $$$ against Ahmaud’s mothers specific request & their legal agreement to cease and desist!”

The 2:23 Foundation, however, claims it has the backing of Ahmaud Arbery’s father, Marcus Arbery, Sr., and that Ahmaud’s first cousin serves as a member of the organization.

Today, we find it almost unbearable to have to release a statement about a tweet that called into question the efficacy and integrity of our work. Yesterday, we spent an entire day in Brunswick, Georgia, grieving with a father, his siblings, and other family members and we organized a memorial walk with them to let the community know that there is much more work to be done to pursue justice for Ahmaud Arbery,” the organization said.

“From the beginning, we have been fully supportive of Wanda Cooper-Jones. Our team has gone to great lengths to ensure she was aware of the work we were doing to help pursue justice for Ahmaud. We have addressed this on a previous occasion and are disheartened that we have to once again present factual evidence about the integrity of our work. But the work is too important for uninformed, disingenuous social media tweets to continue to disrupt our local activism.”

The 2:23 Foundation noted that it helped raise $2 million for Ahmaud’s mother through a GoFundMe page and trademarked the popular slogan “I Run with Maud” in Cooper-Jones’s name.

The group insists no one on their team personally profited from its activism work and emphasized that while the organization was created in the wake of Ahmaud Arbery’s fatal shooting, their mission has since expanded to “preventative work” to ensure no other injustice happens again.

The group added, “Locally, the people know the truth. And we hope soon that this matter will be resolved amicably for the sake of the future work and to properly honor a young man whose memory we all are trying to keep alive.”

Arbery, 20, was fatally shot on Feb. 23 after being chased by three white men, father and son Gregory McMichael and Travis McMichael and William “Roddie” Bryan. Arbery had been jogging in the Satilla Shores community of Brunswick, Georgia. The McMichaels were not arrested until 74 after Arbery’s killing.