Derek Chauvin murder trial could be the verdict of a generation

OPINION: Former Minneapolis officer Chauvin's conviction could become a mandate against the senseless disregard of Black lives that we have all longed for 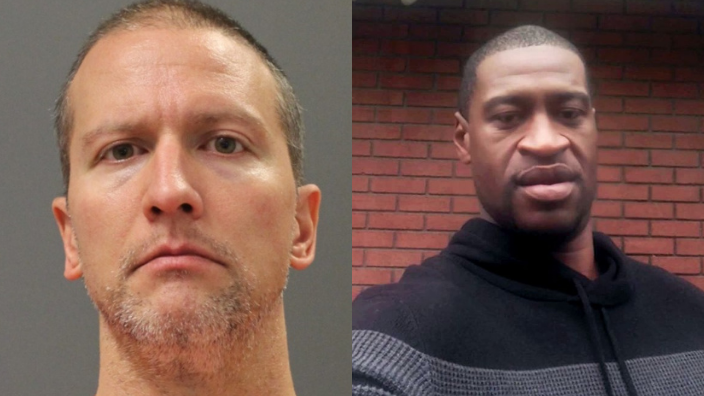 The criminal trial of Derek Chauvin could lead to the verdict of a generation.

There was no justice in the murder of Amadou Diallo.

There was no justice in the murder of Sean Bell.

There was no justice in the murder of Oscar Grant.

There was no justice in the murder of Tamir Rice.

But Chauvin, the former Minneapolis police officer whose horrifying conduct outraged a nation, could spend decades, if not the rest of his life in prison for murdering George Floyd.

Days later, Minnesota Governor Tim Walz decided to hand prosecution of the case over to the state’s first Black Congressman and current Attorney General, Keith Ellison, after Floyd’s family had lobbied for the attorney general’s involvement.

As cities worked to grapple with calls to defund law enforcement, the final criminal charges against Chauvin were announced. In the months following, a trial jury was selected and the attorney general appointed prosecuting counsel to argue the state’s case. And then, in an unusual yet encouraging turn of events, the City of Minneapolis reached an unprecedented $27 million civil settlement with George Floyd’s family over his wrongful death.

The settlement was the highest payout related to a wrongful death lawsuit in the city’s history, and couldn’t have been announced at a more remarkable time. With just three months until the start of the trial, many wondered if the landmark decision would strengthen the chances of Chauvin’s conviction, and ultimately, whether Mr. Floyd’s family would receive justice in the criminal trial.

Read More: Will Derek Chauvin get away with murder? Not likely this time

Statistically, police killings are hard to prosecute. Despite the fact that law enforcement officers kill about 1,000 people a year across the United States, only 121 officers have been arrested on charges of murder or manslaughter in on-duty killings, according to data compiled by Philip M. Stinson, a criminal justice professor at Bowling Green State University in Ohio.

Considering the odds, the prosecution did not seek to penalize policing at large. The state’s argument was clear — had Chauvin not forced his knee against George Floyd’s neck for over nine minutes, Mr. Floyd would still be alive today. Here’s why the last few weeks of witness testimony have led me to believe in the chances of Chauvin’s conviction.

“I Believe I Witnessed a Murder” — Donald Williams

One of the first witnesses to take the stand in Chauvin’s trial, Donald Williams, recalled his desperate attempt to get help for Mr. Floyd by calling the police on arresting officers. When asked why he called the police, Williams responded from the stand, “Because I believe I witnessed a murder.”

Witness testimony over the following days would grow increasingly similar to Williams’. The 19-year-old store clerk, who had received a counterfeit bill from Mr. Floyd during his fatal visit to the Cup Foods store, expressed deep remorse about the heartbreaking turn of events. He explained that “store policy” required employees to alert the store of counterfeit bills, or else the value of a purchase would then be taken out of their paycheck. Still, he expressed regret for having taken the bill in the first place. “If I would have just not taken the bill this could have been avoided,” Martin testified.

Charles McMillian, who was a bystander near Cup Foods on the day Mr. Floyd was murdered, conveyed the trauma that he experienced while watching him struggle to stay alive as he was violently restrained by Chauvin and accompanying officers. Overwhelmed with emotion, McMillian revealed the foreshadowing encounter that he had with Chauvin days before the murder, “I told you that day, ‘go home to your family safe, the next day go home to your family safe,’ but today I look at you as a maggot.”

“When we talk about our principles and the values that we have, that action goes contrary to what we are talking about” — Minneapolis Police Chief Medaria Arradondo

If emotional testimonies given during the first days of the trial had not offered credence to the prosecution’s argument for Chauvin’s culpability, the testimony of Chauvin’s former superior and Minneapolis Police Chief Medaria Arradondo certainly should have.

The police chief had fired Chauvin and three other officers the day after Floyd’s death last May, and in June called it “murder.” On the stand, Arradondo testified that Minneapolis policy requires officers to de-escalate tense situations, avoiding force at all costs.

“When we talk about the framework of our sanctity of life and when we talk about our principles and the values that we have, that action goes contrary to what we are talking about,” he said.

Use of force, even if excessive, is widely accepted among officers. Chief Arradondo’s testimony was a notable departure from law enforcement defending violence used by their peers. More important to the prosecution, perhaps, is that Chauvin was Arrandondo’s superior, and that his refusal to excuse Chauvin’s conduct shows that he believes the former officer was acting outside of the necessity and demands of his role. Most notable is that Arradondo’s defense was a rare departure from officers defending the “thin blue line.”

Dr. Lindsey Thomas, a veteran medical examiner who worked with the City of Minneapolis from 2013 to 2017 testified that Mr. Floyd undoubtedly succumbed to physical impact from Chauvin’s assault, saying “the activities of the law enforcement officers resulted in Mr. Floyd’s death.”

Chauvin’s defense has attempted to suggest that Mr. Floyd’s past struggle with substance abuse, or underlying health conditions could have led to his death. This argument has been exposed to incredible faults as Dr. Thomas’ former colleague and the examiner who oversaw Mr. Floyd’s autopsy, Dr. Andrew Baker, largely affirmed her conclusions about his cause of death.

It’s hard to watch the horrific video of Mr. Floyd’s last moments without feeling what the prosecution in his criminal case has argued — had Derek Chauvin not held George Floyd to the pavement for over nine minutes with his knee, he would have left Cup Foods alive a year ago. Truthfully, however, whether the former officer is convicted or not depends on how the jury perceives Chauvin’s involvement in Floyd’s cause of death.

It is not impossible for Chauvin’s defense to cause the jury to doubt the prosecution’s argument. In fact, they’ve attempted to do so by resorting to mischaracterizing witnesses (comparing a group of six bystanders, two of which were children, to an angry armed mob) and shamefully attempting to undermine Mr. Floyd’s personal character (examining his struggles with drug abuse and prior arrests as if either of them justified his murder).

All things considered, however, George Floyd is not on trial. His murderer is. Should the prosecution maintain their momentum in illustrating the torture and abhorrence of Chauvin’s conduct, this trial might become one of the first of its kind to castigate police violence and murder.

The tragic killing of Daunte Wright, who was murdered by police just minutes away from the scene of Mr. Floyd’s fatal arrest, makes clear that police officers have yet to make any remarkable departure from their deadly tactics. Although it will only be a start, should the State of Minnesota convince the jury that Chauvin murdered George Floyd, the former officer’s conviction could become a mandate against the senseless disregard of Black lives that we have all longed for.

Jordan Wilson is the Co-Founder and Chief Political Officer of Politicking. Through Politicking, she aims to promote voting and political engagement among young Americans by providing a mobile platform for non-partisan election news and data. She is currently pursuing her J.D. at Boston College Law School, where she serves as a Fellow with the Clough Center for the Study of Constitutional Democracy. Jordan holds a B.A. in Political Science from Howard University.