"Motherhood does not have to mean pregnancy,” said Dear Culture host Shana Pinnock 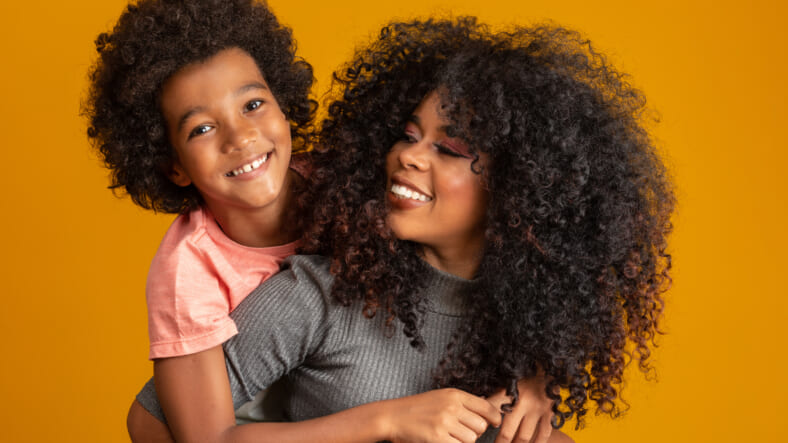 It’s that time of the year when we start thinking about how to honor the women in our lives who raised us, loved us and maybe even had some choice for us words if we got out of line.

However, although U.S. birth rates are dropping (a new report from the CDC says birth rates are the lowest they’ve been in a century), opinions on when and if a woman should choose motherhood are in no short supply. This week, Dear Culture podcast asks: Mother may I? (Live my life)

For Dear Culture podcast host and theGrio Social Media Director Shana Pinnock, it’s an all too-common occurrence of folks prying into her personal life with questions about when and if they can expect her to become a mom to a little one someday.

“One of the things that irks me most about it is not even the question,” said Pinnock. “It’s the stereotypes that come with question.”

Read More: ‘We can’t get salad in the Bronx?’: Dear Culture unpacks how the climate crisis affects Black Americans

Not only is the question invasive, says host and theGrio Managing Editor Gerren Keith Gaynor, it can be offensive and limiting.

“People should understand, when you’re asking a woman that question it’s inherently sexist,” said Gaynor. “You’re bringing up what has traditionally been expected of women, which is to solely use her body to give life and a woman is so much more than what she can produce.”

To that point, Pinnock pointed out that motherhood doesn’t necessarily equate to womanhood and biologically carrying a child is not a requisite to becoming a mother.

Speaking of traditional motherhood, the hosts pointed out that who we call mama and the women who raise us are not always the same person. Both Pinnock and Gaynor say that they are supported by a village of women, in addition to their mothers. Pinnock, a member of Delta Sigma Theta Sorority, Inc., says her sorors and the community of women she found at Spelman College helped shape who she is today.

“It’s those examples of being loved up on and mothered by these women who did not birth me is why I’m so adamant about loving up on and supporting Black women,” said Pinnock.

Poet, performer and sexual health activist Ebony Stewart joined the Dear Culture family this week to help us to do an even deeper dive into the conversation. Stewart, who has talked openly about her relationship to maternity in her work, says that the stigmatization of childless Black women is not theirs to undo.

“I don’t have an answer on how we can remove the stigma because that’s not my responsibility because I didn’t put it there to begin with,” said Stewart.

The award-winning performer also pointed to the fact that a woman’s choice not to have kids may not be entirely her own and cited some of the many medical reasons that keep women from giving birth. A report from the University of Michigan’s Institute for Healthcare Policy and Innovation says Black women are diagnosed with uterine fibroids nearly three times more than white women.

“Sometimes we have complicated relationships with our own bodies,” said Stewart. “Fibroids are unspoken trauma. Your body is so intelligent it creates a reason for it (the fibroid) to be there.”

Whether or not a woman chooses motherhood the message is clear: it’s her business and no one else’s.