Scores of Black girls are missing from New York and New Jersey; 20 girls were reported missing in the first few months of 2021

There are currently over 50 Black girls missing from New York and New Jersey with nearly 20 going missing in the first few months of this year, according to the Center for Missing and Exploited Children.

An investigative report by New York’s Amsterdam News has detailed multiple cases of missing Black adolescent girls who range in ages from 15 to 19.

“We’re seeing more and more young girls and boys lured into sex trafficking or meeting someone online,” said Natalie Wilson, co-founder of the Black and Missing Foundation. “These predators know how to navigate social media and they’re interacting with our children. Sadly, we’re seeing an uptick in kids who are going missing.” 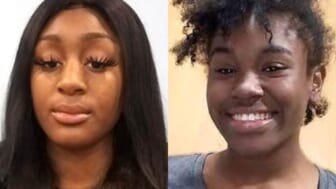 Two other girls who were reported missing earlier this year were 19-year-old Buffalo State College student Saniyya Dennis and 15-year-old Sanaa Amenhotep. Last week, Erie County District Attorney John Flynn reported that Dennis was presumed dead by suicide following an investigation, though a search will continue, NBC News reports. But Dennis’s parents have shared their skepticism about the investigation.

“Upon careful review and consideration of the allegations presented by District Attorney Flynn regarding the issues surrounding the disappearance of Saniyya Dennis, we respectfully disagree with his presentation and were shocked by his assertion that he shared information with our family regarding her disappearance and his findings of suicide,” Dennis’ family said in a statement.

After being reported missing from Columbia, South Carolina in early April, Amenhotep was found dead. Treveon Nelson and two others who were last seen with Amenhotep have been charged with murder.

“In terms of an investigation, there was no investigation. We declared an abduction from the onset and they still did not respond as such,” said Amenhotep’s father, Sharif Malik Amenhotep. “I know the difference between someone missing and someone abducted. Resources are totally different. The response, urgency is totally different.”

These tragic outcomes reflect the alarming state of missing Black people and Black women and girls in particular, who represent 40% of sex trafficking victims, according to the Congressional Black Caucus. There are also 64,000 Black women missing in the US, according to FBI data gathered by the Black and Missing Foundation.

The foundation also notes that nearly 40% of missing persons are people of color, yet cases concerning missing Black people are still under-reported.