OPINION: Robbing students of color of critical race theory would increase the likelihood that they struggle in a world where the odds are stacked against them 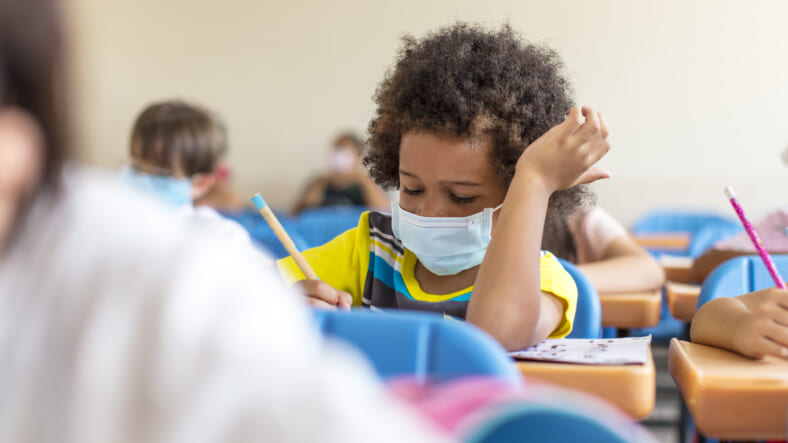 “Wall Street didn’t build this country. The middle class built the country, and unions built the middle class,” President Joe Biden said in his recent address to a joint session of Congress.

But Biden is wrong. The middle class did not build America; enslaved Africans did, on land that was stolen from Indigenous peoples. This belief that America was built by the middle class is a deeper reflection of the need for critical race theory and anti-racist education in public schools.

Biden is not alone in his misrepresentations of history. Many Americans lack an accurate, full picture of American history.

In a report released by the Southern Poverty Law Center, only 8 percent of the high schoolers surveyed could identify slavery as a central cause for the Civil War. The 2014 National Assessment of Educational Progress report found that only 18 percent of 8th graders were proficient or above in U.S. history and only 23 percent were proficient in civics.

As an 8th grade United States history teacher, these statistics are deeply concerning, yet not surprising. The same report from the Southern Poverty Law Center found that 97 percent of surveyed teachers agreed that learning about slavery is essential to understanding American history. Yet there was a lack of deep coverage of the topic in the curriculum.

In the curriculum that I am given, narrative of slavery and historical topics that are critical to the founding of this country outside of the white-dominated framing are not allotted significant time. The first mention of slavery is a small paragraph about the Transatlantic slave trade during our unit on exploration and colonization. Of the six-week unit, only about a day or two is carved out to talk about the trading of enslaved people.

The curriculum dedicates little time to the Indigenous peoples, whose land was stolen, or the enslaved Africans, who were forced to build this country after being stolen from their own. Slavery is discussed solely as one of the causes of the Civil War. We are given a few days to discuss why the South wanted slavery, but none to discuss how slavery affected those who were enslaved.

Despite the allotted time in the curriculum, I create spaces to discuss these topics. My students are often shocked to find out that enslaved Africans resisted slavery in the ways that they did and are equally shocked to discover just how cruel plantation owners were.

My lesson always ends with students asking why they have never learned this before. They fail to understand how something so fundamental to the United States’ existence has never been taught in a way that centers those who were oppressed and not the oppressor.

It is up to the individual educator, like myself, to incorporate this history into the curriculum. Resources like The 1619 Project, developed by New York Times columnist Nikole Hannah-Jones, have been instrumental in ensuring that educators have teaching materials around important topics, such as a slavery and the role it played in the development of the United States.

However, these projects and resources are under attack. Sen. Mitch McConnell (R-KY) called The 1619 Project “divisive nonsense” that should not be taught in schools. Republicans across the country, in places like Tennessee and Texas, are also trying to withhold funding and ban schools from teaching critical race theory.

If successfully passed, policy that prohibits teachers from teaching critical race theory would have dire consequences, especially in schools like mine that teach predominantly Black and brown students.

The history of people of color is critical to understanding how to navigate this world as a person of color. To rob students of color of this history would be to increase the likelihood that they struggle existing in a world where the odds are stacked, and have been for centuries, against them.

Many supporters of banning the teaching of critical race theory argue that it is divisive to teach students about the country’s horrific past.

The divisiveness did not start with critical race theory in schools. It started in 1619 when the first ship carrying enslaved Africans arrived on the coast of the colony Virginia, and it only grew stronger with Jim Crow laws and other oppressive measures made to paint people of African descent as less than human.

Critical race theory is not built on divisiveness, but rather understanding. It is used to make sense of the world around us and to show that the world was not set up by fortuity, but rather an intentional set of beliefs. If we want to be better than those who came before us, we must ensure that CRT is taught with fidelity in our schools.

Early 20th century philosopher George Santayana, whose birth name was Jorge Augustín Nicolás Ruiz De Santayana, said, “Those who cannot remember the past are doomed to repeat it.”

But we cannot remember or learn from history if we do not, or cannot, teach it.

Satoria Ray is an educator and organizer in Dallas, Texas. She is also a Dallas Public Voices Fellow with The OpEd Project.