“She was smart. She was talented. She had a lot to live for. She was only 26,” Lesley Stewart says of her daughter, Tyler Thorpe 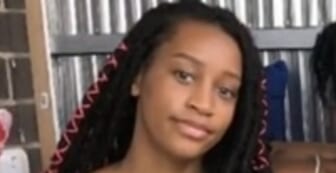 A Bronx woman is being mourned after she plunged to her death from a Manhattan fire escape.

Tyler Thorpe, 26, worked catering and was an aspiring makeup artist. According to police, she had gone out with friends in the New York City borough on Thursday. In the early hours of Friday, around 1 a.m., she slipped and fell after attempting to climb the fire escape of a five-story Kips Bay Apartment Building to get to the rooftop, WLNY-TV reported.

Thorpe slipped and fell into the courtyard where she was pronounced dead.

“She was smart. She was talented. She had a lot to live for. She was only 26,” mother Lesley Stewart told the New York outlet. “This is a parent’s nightmare.”

“We just don’t know why this had to happen. It’s just wrecking us,” grandmother Annette Davis said.

Davis and Stewart lived with Thorpe in an apartment in the Bronx. The grieving grandmother told Daily News that the trio had made plans to celebrate her upcoming birthday but that it would not come to pass now.

“She was the apple of my eye,” said Davis, 69. “It was always just the three of us. The three of us were going to take a photo for a 70th birthday, and that’s not going to happen.”

Thorpe’s death is the second tragedy in a matter of days involving a Manhattan rooftop. Cameron Perrelli died on May 22 around 3 a.m. following a rooftop party. Lawmakers have vowed to do more to ensure the safety of those attending rooftop gatherings.

“I’ll continue to call for hearings on rooftop spaces, City agencies’ communication to residents, and best safety practices so that these tragedies end,” City Councilwoman Carlina Rivera (D-East Village) tweeted Saturday. “My heart goes out to Ms. Thorpe’s family and friends at this difficult time.”

However, these assurances are too late for the families who will never again see their loved ones. Louis Perrelli, the father of Cameron, questioned why there weren’t already barriers or fences erected to begin with.

“These accidents will not stop till something is done,” said Louis Perrelli, according to the Daily News. “It is so heartbreaking for my family, and now another has to endure this tragedy.”

Thorpe’s family is still grappling with the loss of their beloved daughter and granddaughter. They could not make sense of her unexpected death.

“She wasn’t a party animal type of person,” her grandmother told the Daily News. “She was an introvert. She was very homebodied. It’s such a loss to our family. It hurts so bad.”

Stewart remembered her last conversation with her daughter before Thorpe took a car service to head into Manhattan. She expressed her love and asked Thorpe to be safe.