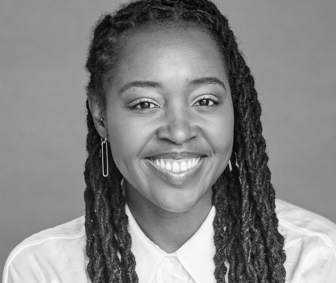 The “Black Wall Street” sign is seen during the Juneteenth celebration in the Greenwood District on June 19, 2020 in Tulsa, Oklahoma. (Photo by Michael B. Thomas/Getty Images)

When O.W. Gurley, a wealthy African American from Arkansas, moved to Tulsa, Oklahoma, and purchased over 40 acres of land, he committed to selling said land to Black people only. His investments would become an economic model of community determination, economic power, and resilience known now to us as Black Wall Street.

In Tulsa, Oklahoma, the Black dollar circulated 19 to 36 times, staying in the community for almost a year. Black prosperity was a lived experience for thousands of Black Oklahomans, many transplants, seeking refuge and liberation from the suffocating grip of the South.

When I saw the 2018 film Black Panther, I saw a futuristic version of those all-Black American towns that embodied the core principles of Black Wall Street — wealth circulation and creating an economic system that was for us, by us. However, Black Wall Street was not solely derived from imagination. It was an economically thriving community, built from necessity and sheer determination.

Historian Hannibal Johnson describes the experience for Black residents in many cities across the country as one where we “were shut out of the mainstream economy.” The Greenwood District, comprising 35 blocks, was derived from a vision to intentionally create pathways for economic stability and acceleration for the Black residents of Tulsa, Oklahoma. Vision and intentionality led Greenwood District to become one the most successful — and until recently — lesser-known Black enclaves in America’s history.

I first learned of Black Wall Street during my matriculation at Tougaloo College, a private HBCU in Jackson, Mississippi. I remember sitting in Dr. William Woods‘s African American history class. He, the quintessential HBCU professor, shared his genius, often with a book in hand that he never opened. With gentle candor, he painted the colorful history of this prosperous district in Tulsa, Oklahoma. I can still see how his voice lifted Black banks, Black theaters, Black insurance agencies, Black beauty salons, and Black ownership from the ashes of a massacre and made them come to life for a class of hungry and deprived minds.

Yet, as Dr. Woods’s lectures reminded us, America’s history has proven that as Black communities ascend, peril is imminent and wholly devastating.

On May 30, 1921, I imagine the day started like many days before. It was Spring. Birds chirped. Rudbeckias, irises, and peonies were in full bloom. Business owners opened their shops. Fathers read The Tulsa Star. Handshakes, head nods, loved ones were kissed, boys ragging on each other, children running up and down the street, mothers calling do not mess up your school clothes, shoes being shined, and babies coming into a world innocent and unaware were born.

America is filled with juxtaposition.

Also on May 30, 1921, Dick Rowland would be accused of assaulting a white woman on an elevator. Within the next 48 hours, led by a bigoted white mob, one of the most horrific massacres in America’s history would take place. Hundreds of Black people killed, flames dancing across family photos as thousands of homes burned to the ground. Hundreds of businesses were destroyed as hate ripped a community and an economy apart. The final insult –erasure from American history books.

The consistent under-told narrative in America’s history entails the horrific aftermaths of white resentment when white American’s economic power is threatened. As detailed in The Color of Money: Black Banks and the Racial Wealth Gap, whether it be Tulsa, Oklahoma, Durham or Wilmington, North Carolina, when Black people have done the impossible act of pulling ourselves up by the bootstraps, we have been bombed, our dreams have been burned. Policies have been written to create seemingly impassable barriers and oppressive infrastructure has been built to dismantle our progression. We find ourselves endeavoring, always yet again striving to create legacies from trauma and ashes.

Dr. Maya Angelou once said, “the more you know of your history, the more liberated you are.” Knowing my history led to my current work as the CEO and founder of the Village Market. Black Wall Street is my blueprint. I am driven by O.W. Gurley’s prolific example of collective consciousness and upward mobility.

Without hard numbers, based on the economic strength of the Greenwood District, it is still evident that the greater money circulation in a community, advances economic mobility and opportunities for land, commercial, business, homeownership and wealth creation within a community.

Black ecosystem building is not a thing of the past. It’s what Black Americans should presently lean into and many are. Establishing a community-driven model that is focused on boosting the Black economy has facilitated the exchange of $5.3 million from the Village Market directly to Black businesses. As businesses shuttered during the pandemic, the Village Market opened a collective retail space, the Village Retail, that houses over 30 rotating Black-owned businesses in one of the most successful shopping districts in Atlanta.

It’s thriving. It’s thriving because it’s built intentionally for the advancement of Black businesses with verticals in place that directly connect the businesses to tangible resources, provide access to industry leaders, and open knowledge sharing by way of our retail readiness academy and our ELEVATE program. During the pandemic, businesses have witnessed a surge in sales and an increase in social engagement.

One company indicates that before joining Village Retail, their average sales were between $300 to $500 per month. Being featured in the retail store, the sales skyrocketed by 3761.7%, with an average monthly sales of $11,585 in November and December. In 2021, the monthly sales average so far is $7,804, still a significant increase from prior sales before participation in Village Retail (2501.3%).

Weathered Not Worn data indicates, 175% increase in sales and Love Ground shares that their website page views have also increased by 65.7%. We are positioning Black businesses directly to a larger ecosystem of consumers. More importantly, Black businesses experience the safety of a beloved community that only aspires for collective success.

Intentionally building and buying Black are two important ways to ensure Black communities survive. Community land trust and community ownership models such as the Guild and organizations like Atlanta Wealth Building Initiative and RICE are pathways to build community wealth and preserve historic Black neighborhoods. Establishing funds such as the Fearless Fund and Collab Capital ensures that Black founders receive the capital they need to scale their businesses. Shared ownership models are another way to create wealth, establish ownership and determine what happens within a community.

Tracey Pickett, founder and CEO of Hairbrella and Jewel Burks Solomon, managing partner of Collab Capital, and I partnered to purchase a commercial property in Castleberry District, which is a historic Black community in Atlanta. Moving Black communities from surviving to thriving, takes collective ingenuity, collaboration, and the willingness to strategically build in tandem.

What I know to be true, vision is often rooted in our ancestors who whisper to us in dream states, telling us what to build and how to build. Always in my dreams, I see shared prosperity, and us building like O.W. Gurley did — intentionally together. 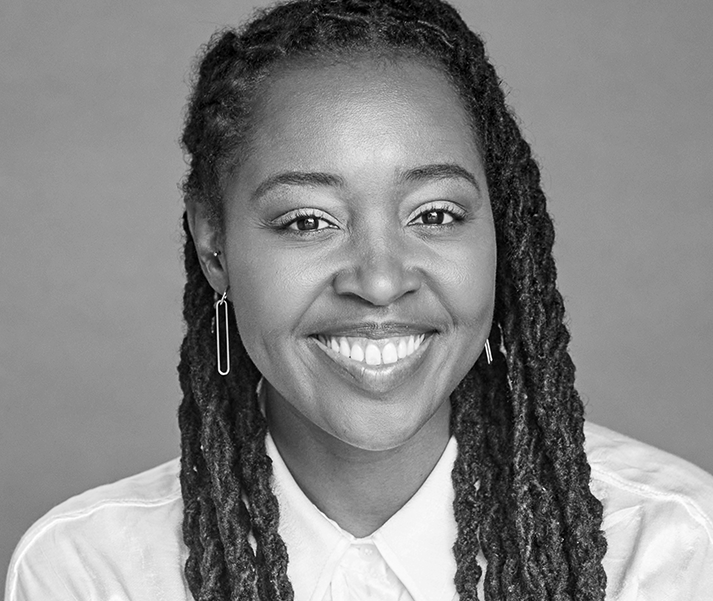 Dr. Lakeysha Hallmon is a transformational leader, speaker, educator and the Founder and CEO of The Village Market, an Atlanta based business dedicated to empowering entrepreneurs by connecting them to engaged consumers, impactful resources and investors. A leader in bringing national exposure to black-owned businesses, The Village Market reaches small businesses in 21 states and 4 countries and has an official partnership with The Bahamas.