"He touched the nerve of people who felt left out by globalization," said Rice

Former Secretary of State Condoleezza Rice believes former President Donald Trump was able to effectively connect with Americans who felt “diminished by elites” and “left out by globalization.”

Speaking on The Carlos Watson Show this week, Rice, a Republican who served in the George W. Bush administration, touched on the political climate that allowed Trump to rise to the highest office in the country without ever navigating the political landscape. 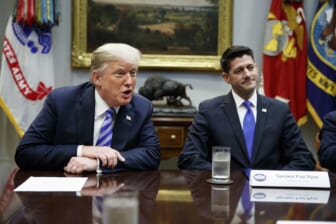 “What really struck me, and maybe it’s because I’m a political scientist, is that the conditions that produced a populist leader, who had never been in government before, was something I think a lot of us had not paid much attention to, frankly,” Rice said, as reported by The Hill.

Rice also noted that Trump was able to authentically connect with voters by telling them “you contribute too, and they’ve forgotten you. They look down on you.”

“That’s something that we probably still really need to pay attention to,” she added. “As a political scientist, I guess I was more interested in what produced this in our society.”

Last summer, Rice called on Trump to show more empathy to all Americans after he was critical of Black Lives Matter protests over the police killing of George Floyd in Minneapolis on Memorial Day.

“I would ask the president to first and foremost speak in the language of unity, the language of empathy. Not everyone is going to agree with any president, with this president, but you have to speak to every American, not just to those who might agree with you,” Rice said at the time. “When the president speaks, it needs to be from a place of thoughtfulness, from a place of having really honed the message so that it reaches all Americans.”

Trump, meanwhile, has deleted the blog he launched a month ago because he didn’t like it being mocked by the public, The Washington Post reported. His new social-media presence called “From the Desk of Donald J. Trump,” was his answer to being banned from Twitter and Facebook, but according to Business Insider, the blog had very little engagement.

Senior Trump aide Jason Miller confirmed to CNBC that Trump permanently shut down his blog, which his team launched on May 5. Trump announced the platform after he was booted from all major social media apps for inciting the deadly Capitol insurrection on January 6.

“I do think we’re going to see President Trump returning to social media in probably about two or three months here with his own platform,” Miller said on Fox News in March. “This is something that I think will be the hottest ticket in social media.”

“It’s going to completely redefine the game, and everybody is going to be waiting and watching to see what exactly President Trump does, but it will be his own platform,” he added. A month after the blog’s launch, it failed to pick up steam among Trump’s loyal base.

Most recently, Trump has been telling his loyalists that he could return to the White House by August, New York Times reporter Maggie Haberman tweeted on Tuesday.

“Trump has been telling a number of people he’s in contact with that he expects he will get reinstated by August (no that isn’t how it works but simply sharing the information),” she wrote.

Since leaving office in January, Trump has teased the possibility of another presidential bid.

“The answer is I’m absolutely enthused. I look forward to doing an announcement at the right time,” Trump said in an interview with Candace Owens on her Daily Wire talk show.

“As you know, it’s very early. But I think people are going to be very, very happy when I make a certain announcement,” Trump said in the interview.