Yung Baby Tate, Renni Rucci, and Omeretta The Great joins the already established cast of heavy-hitters, including Spice, Bambi, Karlie Redd and more. The new season will premiere on VH1 in July

Per recent reports, Love & Hip-Hop Atlanta has officially announced their cast for season 10, including some new faces. 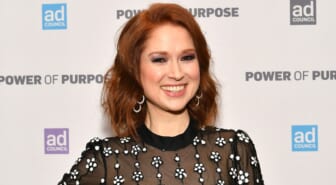 After their hiatus due to the COVID-19 pandemic, the fan-favorite reality series Love & Hip-Hop Atlanta is officially coming back to VH1 in June. After last airing in March 2020, fans have waited over a year for the series to return.

The show’s official return date is Monday, July 5 at 8 p.m., and if past seasons are any indication, the show will surely deliver music, laughs and plenty of drama.

The new season will feature a slew of new faces joining the established series. Per The Wrap, some of the new cast members include,”Yung Baby Tate, Raedio vocalist and overnight sensation; Renni Rucci, a dynamic rapper signed to Lil Baby’s label Wolfpack; and Omeretta The Great, an emerging artist grabbing attention from heavy hitters like Nicki Minaj and Lil Baby.”

Per the official season 10 synopsis reported by The Wrap, the tenth season is “bringing music back to the forefront with a female-led ensemble in the epicenter of hip-hop navigating careers, business empires, layered family dynamics, mental health, and fighting for Black liberation during a national reckoning amid a global pandemic.”

New cast members posted on social media to announce their involvement in the series.

Yung Baby Tate wrote in an Instagram post, “I Am… joining season 10 of @loveandhiphop ATLANTA this Summer! See y’all every Monday ?.” Omeretta also shared the same video, writing, “This is about to be hilarious? y’all make sure y’all tune in to @loveandhiphop season 10 Big Rettà in this b!tch.”

VH1 also released an official video teaser of the new season, featuring the ladies of the show and set to new cast member Yung Baby Tate’s hit song, “I Am” ft. Flo Milli Check out the LHHA preview below: