"Carol Burnett, who brought Miss Hannigan to life in the classic 1982 movie, is someone I have studied and idolized as far back as I can remember. So when the opportunity came to me to join NBC and this incredible group of producers, I jumped!" Henson said.

Taraji P. Henson is brushing off her musical theatre. According to a recent announcement, the Empire star is set to step into the iconic role of Ms. Hannigan in NBC’s Annie Live!

According to a new press release, NBC is back with a live musical, this time bringing the fan-favorite Annie to television screens across the country. The winner of seven Tony Awards, including Best Musical, Annie is based on the Harold Gray comic strip “Little Orphan Annie”, and has been adapted for the screen multiple times.

Set to premiere on Dec. 2 on NBC, Taraji P. Henson has been announced to play Miss Hannigan, who famously runs the orphanage where the main character, Annie, resides. Miss Hannigan’s song, “Little Girls”, is a standout moment in the show, one Henson will be taking on when she plays the character in December. 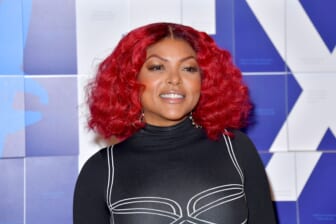 In a statement, Henson shared her excitement in portraying the iconic character in the live version of the musical, and even paid tribute to Carol Burnett, who originated the role in its first film adaptation. She shared in the statement, “Carol Burnett, who brought Miss Hannigan to life in the classic 1982 movie, is someone I have studied and idolized as far back as I can remember. So when the opportunity came to me to join NBC and this incredible group of producers, I jumped! Carol, I hope to do you proud!”

The chairman of Entertainment Content NBCUniversal Television and Streaming, Susan Rovner, shared in a statement, “When we decided to bring back NBC’s holiday musical tradition, we were looking for something that was critically acclaimed and universally beloved – and while that’s definitely the case with ‘Annie,’ it absolutely applies to Taraji as well.” She continued, “Watching her take on this iconic role will be a thrill that has all the makings of must-watch television.” 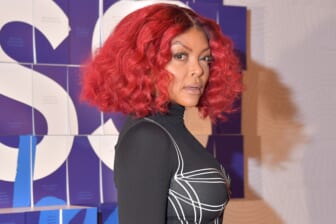 The show also announced a worldwide search for the titular role in the show. Per the press release: “The search is on for a young, future star of any ethnicity to bring optimism, spunk, honesty and a wisdom beyond their years to the classic role.  Auditions will happen virtually, so Annie hopefuls from all over should get ready to bet their bottom dollar and visit https://castittalent.com/Annie_Live for more information and a link to upload their audition. Rehearsals will be in October/November 2021 in New York.”

Annie Live! will air on NBC on Thursday, Dec. 2.