Renowned actor Idris Elba and model Sabrina Dhowre Elba are using their experiences as a couple to promote learning about relationships with the launch of their new lifestyle brand, S’able Labs.

According to PEOPLE, the project includes a blog, wellness products, and a podcast titled Coupledom, set to debut on June 24 on Audible.

On Wednesday, Idris Elba posted a video clip of him and his wife Sabrina explaining their podcast on Instagram. The couple says they look forward to interviewing powerful duos that they and other people can learn from.

“Here we go! Me and @sabrinaelba have launched our new podcast, COUPLEDOM. To our @sable.labs community old and new, thanks for waiting! Listen up!” wrote the 48-year-old British actor. 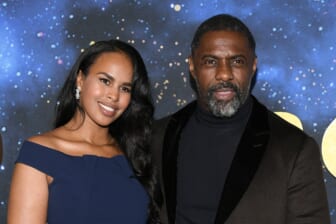 As theGrio previously reported, the Elbas married in 2019 in a stunning ceremony in Morocco after getting engaged in February 2018. In addition to their upcoming launch of S’able Labs, the couple announced in February that they are producing an afro futuristic anime series through a deal with Crunchyroll. The anime streaming service is currently being sold to Sony’s Funimation group.

When it comes to the latest project, the Elbas say the idea for S’able Labs and the “Coupledom” podcast was inspired by their everyday conversations.

“It was us wanting and finding ourselves having these conversations about what makes partnerships work. Just naturally as a couple, you meet other couples, you start talking about, ‘Hey, how has this worked for you guys?,” 33-year-old Sabrina Elba told PEOPLE. “We quickly realized that that community is so much more than just romantic and reaches so many different kinds of partnerships. It just became this great conversation we wanted to share.” 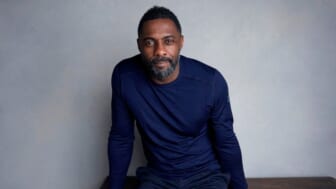 “I had famously said I’d never get married again [after two previous marriages] and here I was about to marry Sabrina, and we really got into questioning why,” Elba told PEOPLE. “What has changed? We found ourselves saying, ‘Hey, wouldn’t it be interesting to develop a community of people that felt the same?’ Not just romantic couples- familial, business partners. Each one teach one. That’s how we came up with [the project], which is our name backwards, S’able.”

Sabrina Elba describes her marriage as “one that’s forever growing and changing and evolving,” PEOPLE reports. “We’re newly business partners, but we’re also newlyweds. Idris is my best friend. I want to be around this guy every day of my life, so it’s really great to be able to see what that morphs into.”