Student headed to Harvard gives $40K scholarship to other classmates

"It is such a great honor, but I also know that I am not the most in need of it."

A Massachusetts high school student is paying it forward in a significant way by asking that a $40,000 scholarship awarded to her be given to a student attending community college.

“It is such a great honor, but I also know that I am not the most in need of it,” Verda Tetteh, 17, told the crowd during her graduation speech at Fitchburg High School on Friday PEOPLE reports.

The school-awarded scholarship gifted her $10,000 per year over four years, according to WBZ. But the Hardvard-bound teenager has already received scholarship money and financial aid from the university, so she decided to redirect the funds to a fellow classmate. 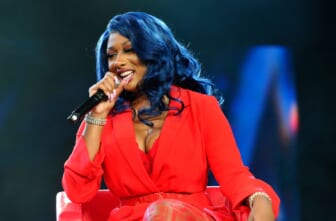 The school has awarded its General Excellence Award to a graduating student since 1914. Tetteh applied for the award, “but for some reason, I thought it would automatically go to someone who needed it more, so I had ruled myself out,” she told CNN.

“Then I sat down, and it hit me. This is $40,000. That’s a lot of money. Obviously I could use that,” Tetteh said. “But there’s definitely someone sitting in this crowd who needs it more.”

Jeremy Roche, the school’s assistant principal, said that the school will honor Tetteh’s request. The new scholarship recipient has not yet been selected, he told the Washington Post.

“When she started speaking on the microphone, I was overwhelmed,” Roche told CNN. “I think a lot of people in the stadium were, honestly. I was so moved by her generosity.”

Tetteh said her mother, Rosemary Annan, inspired her decision to pay it forward. Annan brought her family to the U.S. from Ghana, and she earned her own college degree at age 47 from a community college. The proud mama was left stunned by her daughter’s decision to turn down the scholarship money.

“I just knew she’s ready for me to let her be on her own,” Annan said. “I’m not afraid, and I’m not sad about it that someone’s going to get some good help. If I had gotten that help, I would have been thrilled.” 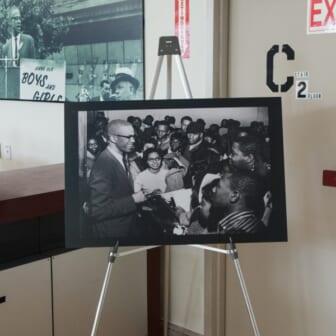 The school has reportedly contacted the family that initially set up the scholarship to get approval to reallocate the money.

“We’re blessed to be a blessing. I thought that I was in the position where God has blessed me so much, and I thought it was the right thing to do to bless somebody else,” said Tetteh.

“Whatever happens, someone else needed it more. I’m excited to see who it helps and how that changes their life, so I’m so happy that God gave me the strength to do that,” Verda told WBZ. “No one had the chance to say, ‘Don’t give away $40,000!'”

Tetteh plans to study chemistry on a pre-med track at Harvard, according to the report.

“I feel that God has gotten me this far and he will take me the rest of the way,” she said. “Yes, I would do it again.”