PA woman arrested for paying in installments to have husband killed

A Pennsylvania woman was arrested and charged on Friday for a murder-for-hire plot after setting up a payment plan to have her husband killed.

Law and Crime reported that Claudia Carrion, 44, was charged at Lehigh County Jail with a single count of criminal solicitation to commit homicide after she reportedly hired an undercover detective to act as the hitman.

Carrion alleged that she hired the man to kill her husband because she was being abused by him and he was cheating on her with multiple women, according to a criminal complaint. 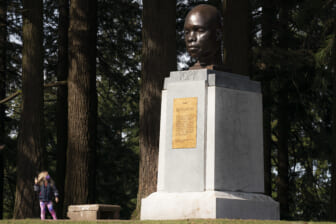 According to WFMZ, Carrion made a $100 payment as a part of the $4,000 payment plan. She intended to pay weekly, but a confidential informant alerted the Allentown Police Department, leading to an investigation.

Her bail is set for $500,000 and she’s scheduled to stand before Lehigh County Magisterial District Judge David M. Howells Jr. If charged, she could face a sentence of the same severity as a murder charge.

It wasn’t the first time the wife planned to have her husband killed. After her arrest, she reportedly told an investigator that the hitman “did not work” during the first attempt, according to Philly Voice. 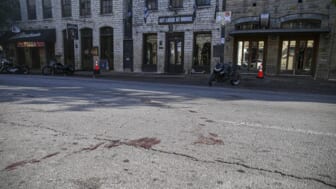 Joshua Carrion told WFMZ that his mother is being “framed” and dispelled abuse claims with her husband, whose name hasn’t been released by authorities.

“It’s not like that. I feel like she’s getting framed. She’s, she’s Christian, you know, like, very religious,” Joshua Carrion said. “My family — my family — we never do harm. We’re all, you know, innocent. We don’t have no criminal records of nothing.”

According to Pennsylvania law, the solicitation of homicide is a crime “of the same grade and degree as the most serious offense which is attempted or solicited or is an object of the conspiracy.”