"I never want another parent to go through that. The next one may not be so lucky," Morgan McCoy, the child's mother, writes detailing the experience

A Florida mom is calling for clearer packaging of marijuana edibles after her 6-year-old daughter accidentally ate a gummy containing THC, the compound found in marijuana.

Morgan McCoy said the incident happened on Memorial Day when her family visited her in-laws in Jacksonville, People reports. McCoy said many of the 30-40 friends and their families who attended the festivities were “legal, medical marijuana patients.”

It all began when a friend an in-law jumped into the pool fully clothed with a Hawaiian Punch gummy pack in their pocket, according to the mother.

“They ran in and got out of the wet clothes.. grabbed the bag and put it in the dresser between some clothes while they went to change,” McCoy wrote on her June 1 Facebook post. “My daughter went in looking for HER clothes because this is the room she normally stays in… she came across the bag and, like any 6-year-old would… She ate the candy. 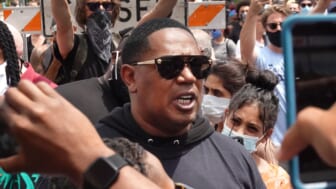 McCoy, who works as a realtor, says she herself takes 25mg of THC edibles to “knock myself out… for sleep or severe pain only.” THC is short for tetrahydrocannabinol, which is responsible for the “high” feeling after consuming cannabis.

During the Memorial Day celebration, some of the children, including McCoy’s daughter, took a nap. But when McCoy couldn’t wake her child several hours later, she knew something was wrong. By then the parent who left the package of edibles in the dresser realized the gummy was missing and suggested the child may have consumed it.

“I ran inside and calmly picked her up and moved her from the ground to the couch,” McCoy recalled in the post. “She couldn’t open her eyes, she was completely non-responsive and when I laid her down she kind of braced herself like she felt like she was falling.”

When her daughter started seizing, the panicked mother called 911 and the child was rushed to a hospital, where all doctors could do was “monitor her and give her fluids,” she wrote.

“I was up all night with my husband watching those machines,” McCoy wrote. “Her breaths per minute would drop to single digits at times, her heart rate would shoot up to alarming levels at others. It was one of the scariest moments of my life.”

Her daughter remained in the hospital overnight and luckily she recovered.

“Even with the one (gummy), the next day, after three quarters of a bag of fluids, her urine was still brown. So it definitely affected her kidneys in a negative way,” McCoy said.

She now wants packaging for marijuana edibles to be less alluring for children.

“I never want another parent to go through that. The next one may not be so lucky. Had there been more than ONE [gummy] in that package, it is more than likely that I would not have my daughter today,” McCoy wrote in her post.

“Had the packaging been what it should be… my daughter wouldn’t have looked twice at it,” she added. “There needs to be regulation in place to keep companies from putting stuff like this on the market.” 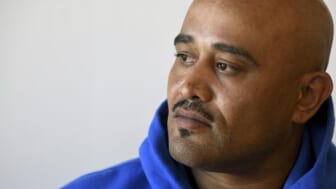 Speaking to Today, McCoy said “Every adult I showed it to was like, ‘I would have eaten that,’” she explained. “I truly think it’s something to do with this packaging. If I see candy, I’m going to eat it if I am 6-years-old.”

McCoy has reached out to multiple legislators urging them to support her push for change.

“We as parents are standing idly by while these companies are targeting our kids with what can be deadly doses of THC. In my eyes, this company is guilty of not only negligence but child endangerment on a national scale. And so is our country if we continue to stand idly by,” she wrote.

“THC is a MEDICATION and needs to be packaged as such. Period,” she added. “This packaging is simply unacceptable.”

In her facebook post, McCoy noted, “I want it to be abundantly clear that this other Parent did something that ANYONE could do, and we all have done. This is not about them, trust me when I say, they have suffered enough. No one was arrested, DCF cleared the case in 3 minutes and was shocked at the picture of the candy.”

Morgan Fox, media relations director at the National Cannabis Industry Association, said in a statement to Today that this particular gummy may have been an “unregulated” product due to its dosage, as 10 mg of THC is the industry norm.

“Ten milligram individual unit dosage is becoming the industry standard,” Fox told Today. “There is some variation on the amount of, like, total THC allowed per package, but for the most part, it’s around 100 milligrams. And there’s also rules about the individual dosing, being very easily demarcated, so you can’t just have a cookie that has 100 milligrams. It would have to be very clearly delineated into 10 pieces.”