The former rapper is looking at five to 20 years in prison, per count.

Fugees rapper Pras and fugitive Malaysia financier Jho Low are facing new criminal charges after allegedly “orchestrating an unregistered, back-channel campaign” to get the Trump administration to drop its investigation of individuals connected to the investment company 1Malaysia Development Berhad.

The charges brought against Pras, whose real name is Prakazrel Michel, and Jho Low, whose real name is Low Taek Jho, are part of an ongoing investigation by the Justice Department into the fraudulent activity behind 1MDB, an insolvent strategic development company in Malaysia.

The new charges against Low and Pras also accuse them of engaging in illegal lobbying campaigns to have Chinese dissident billionaire Guo Wengui, also known as Miles Kwok, returned to China. According to the lawsuit filed Friday by the DOJ, the pair conspired with Nickie Lum Davis and Elliot Broidy, a former GOP fundraiser who was pardoned by Trump, to obstruct a federal probe into the $6 billion bribery and money-laundering scandal surrounding 1MDB.

Their goal was to have “both to have the 1MDB embezzlement investigation and forfeiture proceedings involving Low and others dropped and to have a Chinese dissident sent back to China.”

Trump pardoned Broidy six months ago after he pleaded guilty in October for his role in Low’s illegal lobbying antics, per CNBC. A grand jury in Washington, D.C., issued an indictment last week in which Broidy, Low and Pras are said to have conspired with others “to engage in undisclosed lobbying campaigns at the direction of Low and the Vice Minister of Public Security for the People’s Republic of China, respectively,” according to the Justice Department.

The new charges come over two years after Pras, along with a former Justice Department official George Higginbotham, were accused of taking part in a conspiracy to funnel $73 million through multiple bank accounts they allegedly opened to help Low, Complex reports. The scheme was in an effort to pay off other DOJ officials in the hope of influencing the criminal investigation.

“Jho Low’s money was funneled through various US bank accounts set up by, and under the control of, an entertainer and businessman named Prakazrel ‘Pras’ Michel,” the DOJ said in its civil action in 2018, as reported by the New York Post.

“According to the allegations in the complaint, Michel and Higginbotham defrauded U.S. financial institutions and laundered millions of dollars into the United States as part of an effort to improperly influence the Department’s investigation into the massive embezzlement and bribery scheme involving 1MDB,” Assistant Attorney General Bruce Allen Benczkowski said to NJ.com at the time. “The Criminal Division and our law enforcement partners will do everything we can to trace, seize, and forfeit the proceeds of foreign corruption that flow through the U.S. financial system.”

According to ABC News, prosecutors have stated the group tried to get assistance in thwarting the investigation from an unidentified candidate who was running for federal office.

In 2019, Pras pleaded not guilty after being charged with violating campaign finances related to Barack Obama‘s 2012 presidential election, theGRIO reported.

According to Bloomberg, the former rap star was hit with four charges, including one count of conspiracy to defraud the U.S. government, and making foreign and conduit campaign contributions to Obamas’s re-election campaign. Pras and Jho Low were charged for conspiracy after the artist allegedly contributed funds to a pro-Obama organization without properly disclosing the funds’ foreign origin.

Low is accused of “masterminding a massive diversion of cash from Malaysia’s 1MDB wealth fund.” The fund was initially established to help promote the economy in the developing country, however, was instead treated like a “slush fund” by Jho Low, according to Bloomberg. 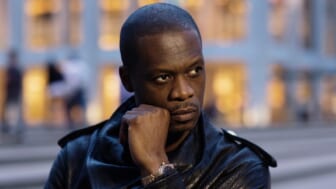 Pras and Low are charged with conspiring to commit money laundering. Pras is also charged with witness tampering and conspiracy to make false statements to banks.