Gabby Douglas backs Naomi Osaka, says Olympics ‘did a number on me’

“For me, I know being an athlete, you go through so much already. If you need to step back, that’s what you need to do," Olympian gymnast Gabby Douglas said.

Olympian Gabby Douglas is one of the latest celebs to publicly support tennis titan Naomi Osaka following the latter’s exit from the 2021 French Open.

In a recent interview with USA Today, the young gymnast spoke to her own struggle to maintain mental wellness following the 2016 Olympic Games, which Douglas said “really did a number” on her.

“Coming from that [I focused on] really healing myself, healing my mind and my body. I’m not on social media a lot because social media did damage to my personality, in a way. So [I’ve] just been taking years off of social media, off my phone, and really just kind of getting back to who I am,” said the 25-year-old Douglas.

In response to Osaka’s decision to prioritize her mental health, Douglas said “Every person knows what they need to fix themselves, to heal themselves, and everyone’s different. For me, I know being an athlete, you go through so much already. If you need to step back, that’s what you need to do” 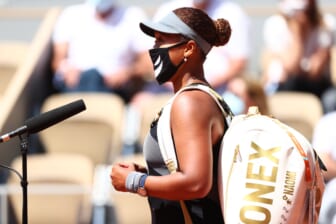 In the statement announcing her decision to withdraw from the French Open, Osaka revealed that she has suffered from bouts of depression and that doing press conferences was a particularly stressful and draining activity for her. “I think now the best thing for the tournament, the other players and my well-being is that I withdraw so that everyone can get back to focusing on the tennis going on in Paris,” said the 23-year-old tennis star.

In the aftermath of Osaka’s exit, the French Open (also called Roland Garros) drew criticism from athletes and sports fans who believed that the organization’s response was less than empathetic and ultimately fined Osaka $15,000.

At the time, the French Open organizers said they “asked [Osaka] to reconsider her position and tried unsuccessfully to speak with her to check on her well-being, understand the specifics of her issue and what might be done to address it on site,” per an official statement on the matter. 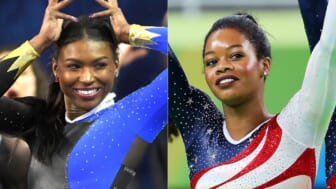 Recently, the French Open’s organizers have defended the organization’s response to Osaka, calling it “pragmatic” but some also noted that the organization “can do better” when it comes to supporting players’ mental health, ESPN reports.