Man who assaulted, spit on person who asked him to wear mask sentenced to 10 years

According to the report Michael coughed, spit on the victim and said "'If I have it, you have it"

An Iowa man has been sentenced to 10 years behind bars for assaulting a man who asked that he adjust his face mask. 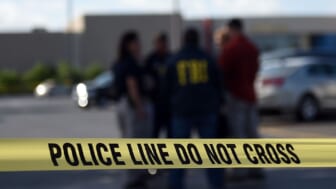 Shane Wayne Michael, 42, was sentenced on June 9 after physically attacking and spitting on a man at a Vision 4 Less eyewear on Nov. 11, per Des Moines Register.

According to the complaint, Michael of Saylor Township, followed Mark Dinning out of the retail store located at 3945 Merle Hay Road after the man asked him to properly adjust his face mask as it sat below his nose.

Michael claims the men “exchanged words” but witnesses identified Michael as the aggressor.

The men got into scuffle during which Michael tried to gouge Dinning’s eyes out and kicked him in the genitals. In self-defense, Dinning bit him.

According to the report, Michael coughed, spit on Dinning and said “‘If I have it, you have it.'”

After the incident, Dinning had a swollen left eye. Michael was convicted of willful injury causing serious injury by a jury, which is a felony charge, per The New York Times.

As recently reported by theGrio, the politics of masks during the COVID-19 pandemic has brought out the worst in people.

A Colorado bus driver who was captured on video slapping a 10-year-old girl for not wearing her facemask correctly will face assault charges.

The driver, Bertram Jaquez, left his job with the Fremont County School District two days after the incident — before they could take official action.

According to a local report, the unidentified girl wrote a statement to the school district, in which she said she wasn’t feeling well on April 12 so she moved her mask down below her nose when the driver came to the back of the bus. She wrote that the male driver tried to move her mask up, then slapped her for not doing it herself.

Jaquez wrote in his own statement that the child was arguing with him and other students and that he slapped her “out of reaction.”

Jaquez resigned two days after the incident, prior to being fired by the school district. However, the district still sent him a termination letter reminding him that this was the second time that he had touched a child in anger over this very same issue.

“Our school community is experiencing a very unfortunate situation. We have had a bus driver strike a child over the child not wearing a mask on the bus. We believe it is never okay to lay a hand on a child,” Fremont County School District officials wrote in a statement after it happened. 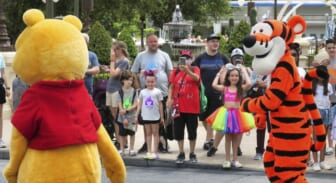 “We are very saddened by this incident,” they continued. “Our goal every day is to transport students safely to school and back home, but that can only happen when everyone, including students and staff, follow the rules. We are currently working to identify next steps to help our drivers with strategies designed to support a safe ride to and from school.”