In an exciting announcement, Tidal has partnered with Angela Rye and will premiere Triumph Over Trauma: Black Wall Street Then and Now, a special on the Tulsa Race Massacre set to air on Juneteenth.

Triumph Over Trauma: Black Wall Street Then and Now is described as “a one-hour long special commemorating the centennial of one of the worst attacks of racial violence in American history: the Tulsa Race Massacre.”

As theGrio has extensively reported over the past few months, May marked the 100th anniversary of the Tulsa Race Massacre, the horrific event that saw the destruction of Black Wall Street and the deaths of hundreds of Black people.

Per the official announcement, “Viewers will hear from three living survivors of the massacre – Mother Fletcher, Mother Randle, and Uncle Red – who will discuss memories of Black Wall Street, escaping the night of the massacre, their legacy, and much more.

The centennial anniversary of the tragic event has brought the Tulsa Race Massacre to the forefront of the cultural conversation throughout the nation. As theGrio previously reported, the Library of Congress agreed to change the subject heading of the event, which has been referred to as the “Tulsa Race Riot.”

Per theGrio, “The Norman Transcript reported that the Library of Congress subject headings are ‘a list of words and phrases – called headings – that are used to indicate the topics of library resources. It is used by most academic and research libraries in the United States, as well as by many public and school libraries.’”

Now the Library of Congress has officially updated the subject to, “The Tulsa Race Massacre.” 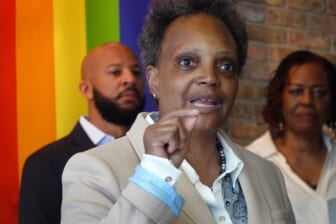 The department chair of the University of Oklahoma’s African and African-American Studies Department, Karlos Hill, shared in a statement at the time, “The complete destruction of the Greenwood district, the at least 300 people, mostly Black people, killed, [are] all reasons why a more accurate way of framing what happened is a massacre, versus a race riot. That’s the main reason.”

The special will premiere on Saturday, June 19 at 6 p.m. on Tidal’s Youtube channel and also in-app.