"I never imagined me sharing my art and talking about racial injustice with my team would lead to this."

The San Jose Sharks caught some heat on Wednesday after the NHL team tweeted a picture of their shark logo biting through a slave’s chains for Juneteenth. The image was captioned “Celebrate freedom.”

The tweet came ahead of the June 19 holiday, which will become an official National holiday on Thursday when President Joe Biden signs the legislation into law. The Senate passed the bill on Tuesday, with the House voting 415-14 on Wednesday.

All votes against it came from Republicans.

The Twitter account for the Sharks marked the milestone with a new image for their #WallpaperWednesday campaign, which shows the team’s mascot breaking the chains of a slave.

Mohamed Fofana, an account manager for the Sharks, created the graphic in 2020. The design was also put on t-shirts with proceeds benefitting the African American Community Service Agency in San Jose, as reported by TheWrap.

“I am so grateful for the opportunity and the platform from the San Jose Sharks to create something from the heart to symbolize Juneteenth,” Fofana said in a statement on the NHL website.

“I never imagined me sharing my art and talking about racial injustice with my team would lead to this. I sincerely thank everyone involved and I’ll leave you with this: lead with pure intentions, lead with purpose and never dim your light because you’re afraid it may be too bright for others to see,” he added.

“The Shark biting through the chains represents the San Jose Sharks taking a stand against systemic racism and it also symbolizes the importance that professional sports organizations play in taking a stand and recognizing that change starts within,” the statement concluded.

The San Jose Sharks tweeted the same image last year to relatively minor criticism. However, this time, folks ain’t feeling it, with many expressing their disapproval on Twitter. The backlash prompted the team to yank the meme from its Twitter account and, at the time of this post, no further comment has been issued.

Meanwhile, Democratic Rep. Sheila Jackson Lee of Texas told reporters ahead of the final passage of the Juneteenth bill, “what I see here today is racial divide crumbling, being crushed this day under a momentous vote that brings together people who understand the value of freedom.”

“It’s also a recognition that we have so much work to do to rid this country of systemic racism, discrimination, and hate,” Rep. Brenda Lawrence, a Democrat from Detroit, said. “Juneteenth, what we are doing today, should empower us to fight even harder every single day for criminal-justice reform, for racial equality, and for economic empowerment of Black people in America.” 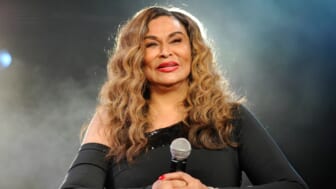 On June 19, 1865, enslaved people in Galveston, Texas was finally informed of the Emancipation Proclamation two and a half years after former President Abraham Lincoln signed it in 1863.

The decree delivered by General Gordon Grange read in part: “The people of Texas are informed that in accordance with a Proclamation from the Executive of the United States, all slaves are free.

“This involves an absolute equality of rights and rights of property between former masters and slaves, and the connection heretofore existing between them becomes that between employer and hired laborer.”

Wisconsin Republican Sen. Ron Johnson previously blocked the bill in 2020, but he had a change of heart this week, allowing for the bill’s passage in the Senate, according to the report.