Manchin rejected the For the People Act penned by his party, which featured major voting rights proposals, including automatic voter registration and at least 15 consecutive days of early voting. The bill would have also eliminated partisan gerrymandering and made transparent the donors of major super PACs.

Manchin would have added a national voter identification requirement and would have made Election Day a federal holiday. In a memo outlining his provisions, he wrote, “Congressional action on federal voting rights legislation must be the result of both Democrats and Republicans coming together to find a pathway forward or we risk further dividing and destroying the republic we swore to protect and defend as elected officials.”

However, it was soundly rejected by McConnell, who said Thursday, “Senate Democrats seem to have reached a so-called ‘compromise’ election takeover among themselves. In reality, the plan endorsed by Stacey Abrams is no compromise.” 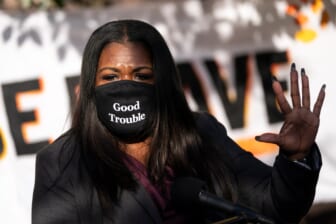 Another Republican told reporters when Abrams endorsed the bill, it effectively killed its viability.

“McConnell has the right to do whatever he thinks he can do,” Manchin said Thursday. “I would hope there are enough good Republicans that understand the bedrock of our society is having accessible, open, fair, and secure elections.” 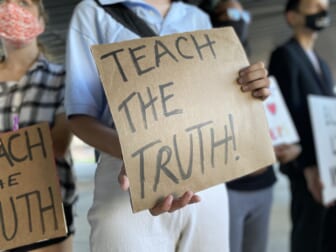 The For the People Act requires 60 votes to pass a guaranteed GOP filibuster, making it another piece of legislation likely to fail without Republican support.

The “Big Lie” of the 2020 presidential election prompted more than 40 states to create major voting reform laws. In Georgia, companies pushed back against the law that Gov. Brian Kemp signed into law, which included elements like making it illegal to give food and water to people waiting in line to vote.