A six-foot statue of George Floyd has been placed in New York City.

The piece was unveiled on Saturday by Floyd’s brother Terrence Floyd, as a part of the celebration of Juneteenth. It is currently placed in Brooklyn, but will travel, as reported by CNN.

Artist Chris Carnabuci created the statue that now stands at Flatbush Junction and will stay for about two or three weeks before moving to Manhattan’s Union Square. 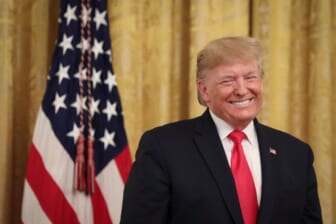 Floyd was killed on May 25 last year by a police officer in Minneapolis, sparking worldwide protests.

“My brother was the sacrifice, so I need y’all to continue to pay attention and keep my big brother’s name ringing in the ears of everyone,” said Floyd’s brother, per AZ Central.

“George Floyd’s legacy is truly monumental — and I’m not just using that as a figure of speech,” said Louis at the statue’s unveiling. “His death changed our country. It forced us to see what we had been blind to for many years. It forced America to confront its painful legacy of systemic racism and police brutality.”

Across the tri-state, another statue of Floyd was unveiled in New Jersey.

“George Floyd represents a lot more than himself,” said Newark mayor Ras Baraka ahead of the unveiling.

“All of the activity that took place around this country, around the world, because of the untimely and ferocious and vicious death, murder of George Floyd and all of the activism that sparked out of it is worth us pausing and paying attention to.” 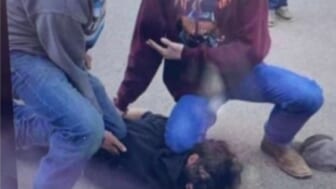 The 700-pound bronze statue was created by artist Stanley Watts.

While celebrations and commemorations of Floyd’s life continue, it was recently revealed how Donald Trump truly felt about the worldwide protests that erupted after Floyd’s death, as reported by theGrio.

An upcoming book from Wall Street Journal reporter Mike Bender alleges former President Donald Trump blamed his son-in-law for the civil unrest that erupted in the country following the death of George Floyd.

The book titled “Frankly, We Did Win This Election: The Inside Story of How Trump Lost,” includes firsthand accounts from some of Trump’s closest advisers, “who spoke to me on the condition of deep background, an agreement that meant I could share their stories without direct attribution,” Bender wrote for Politico.

In the book, Bender describes how Trump privately told advisers that he didn’t push back hard enough against protesters in the wake of Floyd’s killing by Minneapolis police in May 2020.

He also lamented that “the Blacks” hated him and would never vote for him despite his signing of the criminal justice reform bill, Mediaite reports.