"We pray for him. This violence must stop,” New York City mayoral candidate Eric Adams shared on Twitter

A volunteer helping with a campaign supporting New York City mayoral candidate Eric Adams was reportedly stabbed while canvassing in the field.

NYPD released a statement on Twitter sharing details about the incident and their search for the suspect. According to officials, the incident happened on Sunday at about 2:30 p.m. in front of 594 Morris Avenue in the Bronx.

“The individual stabbed the male victim several times with a knife and fled the scene, accompanied by another male,” NYPD shared.

Adams extended his prayers to the volunteer and commended his hard work in the campaign. 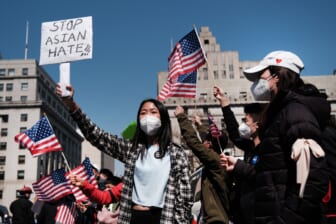 “A member of Team Adams — who has been working hard & volunteering every day — was stabbed in the Bronx today @ 149th St & Morris Ave.,” Adams shared on Twitter. “The police are investigating & he’s in surgery. If you have any info, please call 800-577-TIPS. We pray for him. This violence must stop.”

Community members and fellow New Yorkers shared words of support and encouragement for the volunteer. Multiple candidates running to become the next mayor of New York City also extended their thoughts and well wishes.

“My heart aches for your staffer and for all of Team Adams, and I wish him a full and speedy recovery. Every New Yorker deserves to be able to walk down the street without fear. Sending much love and healing light,” New York City mayoral candidate Dianne Morales tweeted.

New York City mayoral candidate Kathryn Garcia wrote: “Pained to hear this. Sending love to his family and thinking of the team and volunteers.”

“This is abhorrent. My thoughts are with this volunteer, his family, and all of Team Adams. Everyone over at Team Donovan is wishing for his speedy recovery,” New York City mayoral candidate Shaun Donovan tweeted.

“My thoughts are with your volunteer, their family, and your entire team, Eric,” Yang tweeted. 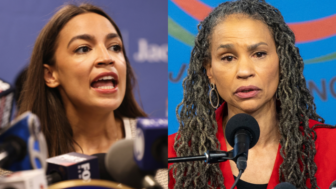 “This violence has no place in The Bronx or anywhere else. Our thoughts are with the volunteer and the entire team. Hoping for a full and speedy recovery,” the Bronx Democratic Party stated.

NYPD Crime Stoppers is calling on anyone with information to come forward. The program “offers cash rewards for anonymous information provided to the 1-800-577-TIPS hotline that leads to the arrest and indictment of a violent felon. This program is supported by New York City Police Foundation and focuses on solving high priority violent crimes.”

According to their website, they have helped solve 1,548 murders and attempted murders along with 2,298 robberies.

Anyone who submits a tip will be anonymous, which means police will not record the call or trace phone numbers. Those who submit tips will not have to make a statement to police or appear in court, according to Crime Stoppers.

Authorities are offering a reward of up to $3500 for information regarding the incident. Anyone with information is asked to call 1800-577-TIPS or send a direct message on Twitter to @NYPDTips.