"Republicans in the Senate are lining up to try to use the filibuster to stop the For the People Act from even being debated," shared Obama.

On Monday, during a tele-town hall meeting, Obama spoke up about the controversial voting rights bill saying he believes Manchin’s proposal presents a worthy compromise, per NBC News. 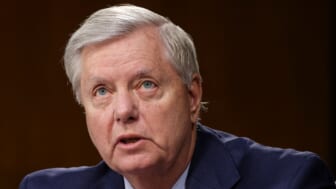 “Republicans in the Senate are lining up to try to use the filibuster to stop the For the People Act from even being debated,” Obama shared at the event.

He called the strategy a “tool for obstruction.”

As reported by theGrio, Manchin rejected the For the People Act penned by his party, which supported voting rights with measures including automatic voter registration and at least 15 consecutive days of early voting.

The bill would have also eliminated partisan gerrymandering and identified the donors of major super PACs.

Manchin would have added a national voter identification requirement and would have made Election Day a federal holiday.

In a memo outlining his provisions, he wrote, “Congressional action on federal voting rights legislation must be the result of both Democrats and Republicans coming together to find a pathway forward or we risk further dividing and destroying the republic we swore to protect and defend as elected officials.”

Voting rights became a trending topic after Donald Trump made unfounded accusations of voter fraud during the 2020 presidential election. Republicans have also recently pushed through a slew of voter suppression laws around the country.

“Think about this: In the aftermath of an insurrection, with our democracy on the line and many of the same Republican senators going along with the notion that somehow there were irregularities and problems with legitimacy in our most recent election, they’re suddenly afraid to even talk about these issues and figure out a solution on the floor of the Senate,” said Obama.

“That’s not acceptable,” added the former president. Obama admits the bill is not perfect but believes it’s a start.

“Whatever else we may argue about, the one thing we should agree on the bedrock idea that we as Americans have been taught to take pride in, this is the fact that we’re a democracy,” said Obama.

“The issue of voting rights might not set off alarms for most of us,” but “the violence that occurred in the U.S. Capitol on Jan. 6 should remind us we can’t take our democracy for granted.”

As previously reported by theGrio, the compromise was soundly rejected by Sen. Mitch McConnell, who said, “Senate Democrats seem to have reached a so-called ‘compromise’ election takeover among themselves. In reality, the plan endorsed by Stacey Abrams is no compromise.”

Abrams, Georgia’s former state representative, and prominent voting rights advocate credited with helping Georgia keep a balance in the Senate with the elections of Rev. Raphael Warnock and Jon Ossoff had offered her support for a bipartisan measure.

Another Republican told reporters when Abrams endorsed the bill, it effectively killed its viability.

“McConnell has the right to do whatever he thinks he can do,” Manchin said June 17. “I would hope there are enough good Republicans that understand the bedrock of our society is having accessible, open, fair, and secure elections.”

The For the People Act requires 60 votes to pass a guaranteed GOP filibuster, making it another piece of legislation likely to fail without Republican support.