"At three, you should be worrying where your teddy bear is, what your snack is going to be, not worrying about dodging bullets and watching your mom die," said Interim Rochester Police Department Chief Cynthia Herriott-Sullivan.

A Rochester, New York mother was senselessly killed in front of her two children last Friday afternoon. Police say that 31-year-old Genuine Ridgeway was in a car with her two children in Rochester’s Corn Hill area when she was shot dead, PEOPLE reports.

Witnesses told police they saw more than one person exit a vehicle before firing multiple rounds into the car where Ridgeway and her two children were. According to the publication, Ridgeway was later pronounced dead at the scene.

Her two children, a boy and girl– ages 3 and 8 respectively– were physically unharmed but witnessed the murder.

“At three, you should be worrying where your teddy bear is, what your snack is going to be, not worrying about dodging bullets and watching your mom die,” said Interim Rochester Police Department Chief Cynthia Herriott-Sullivan. 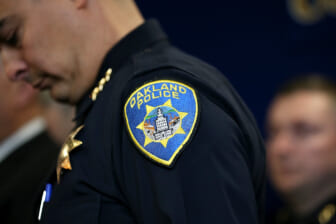 The horrific shooting has left the community with many unanswered questions. Rochester police have not confirmed whether they have identified an assailant or if multiple suspects were involved. At this time, they do not have information about what motivated the violence.

The incident makes Rochester’s 30th homicide this year and fifth in the past week, the Democrat & Chronicle reports.

“Two guns came out of the car and just started ringing out into the other car. At that moment I was like, somebody’s in that car and somebody just got killed because that’s too many gunshots,” said a neighbor named Tray (his last name was not released), per the Democrat & Chronicle. “After that, a little girl ran to the door and she came in screaming, ‘my mom just got shot’ and she said her little brother was still in the car.”

On Sunday, a GoFundMe fundraiser for Ridgeway’s children and family was created and is no longer taking donations. Tray told the Democrat & Chronicle that he saw Ridgeway “take her last cough” and believes she was shot approximately 17 times.

Rochester police are asking anyone who has information about the murder to come forward. 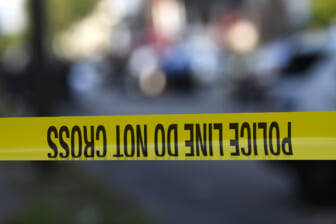 “I’m really hoping, praying that someone that maybe has kids that age or relatives that age that could only try to imagine what those kids went through could find it in themselves to come forward and tell us what they know,” added Herriott-Sullivan. “People were out there and saw what happened. I hope it makes you angry. I know I am.”

During a press conference on Friday, Herriott-Sullivan also said that Rochester is reflective of the rampant gun violence happening across the country.  Police are asking those who have information to call Crime Stoppers of Rochester at 585-423-9300.