Shmurda, the father of Brooklyn drill music, hosted a Father’s Day Give Back Brunch for 200 borough families

Bobby Shmurda spent his first Father’s Day outside of prison giving back to his community in Brooklyn.

The 26-year-old rapper was paroled from Clinton Correctional Facility in February of this year after serving six years of a conspiracy and weapons sentence.

On Sunday, the emcee, who has been called the father of Brooklyn drill music, hosted a Father’s Day Give Back Brunch for 200 underprivileged families in the borough, offering free meals and haircuts.

Residents of The Win Shelter in the BK were treated to Caribbean fare, including jerk salmon, curried chickpeas and stew chicken, plus mac and cheese, mixed veggies, scrambled eggs, fried chicken wings — even waffles. All dads and kids in attendance at Win were offered free haircuts to help them “feel their best,” Complex contends. 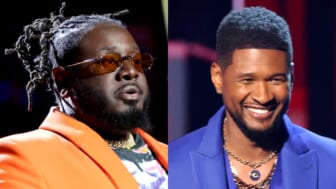 Also Read:
T-Pain went into depression after Usher said he ‘f**ked up music’ with Auto-Tune 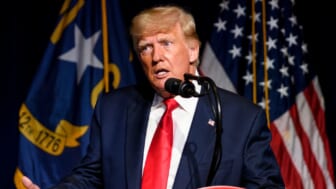 Win is one of the largest providers of family shelter and supportive housing in the New York City area. The shelter offers transitional housing and support services to more than 4,700 people a night, including 2,700 children. The organization’s website maintains they house nearly 10% of the homeless families in New York City.

According to Complex, Shmurda — who was born Ackquille Jean Pollard — delivered leftover meals to CAMBA Men’s Shelter in Brooklyn to ensure no food was wasted.

He also gave out gaming consoles and other toys to kids at the shelter, while their dads received clothing and books.

The rapper is slated to appear at the return of the Made in America music festival, held annually in Philadelphia. This year’s festival marks the 10th anniversary of the event founded by rapper-mogul-entrepreneur Jay-Z, where rappers Megan Thee Stallion, Lil Baby and singer Justin Bieber are set to rock audiences on Labor Day weekend.

Shmurda has also recently been spotted in the studio with Meek Mill, as well as with producers Mike WiLL Made-It and Zaytoven.