“The Unbothered Network is more than just a content hub, it’s a space where Black women can hopefully see their full selves,” said Hill.

Jemele Hill is not slowing down.

The journalist and podcaster is collaborating with Spotify to create her own podcast network. The recently announced project titled The Unbothered Network will highlight the experiences of Black women, per The Hollywood Reporter.

“The Unbothered Network is more than just a content hub, it’s a space where Black women can hopefully see their full selves,” said Emmy Award-winning journalist in a statement on Tuesday. “There’s so much about the lives of Black women that haven’t been fully explored, and so many of our stories have either been dismissed or overlooked. I’m also proud of this network because it not only centers Black women, but it’s also run by Black women. We can’t empower Black women if we’re not positioning them in leadership roles.” 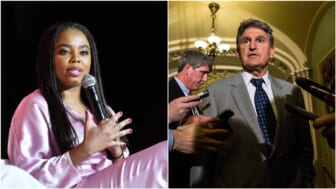 The network shares a similar name to Hill’s podcast, Jemele Hill Is Unbothered, which was renewed for a third season on Tuesday. Hill’s production company, Lodge Freeway Media, will develop original content for the network.

The project has a seasoned team. The former deputy editor of Medium’s ZORA publication, Christina M. Tapper, will serve as executive producer and head of content. Former SVP of Programming and Operations at Cadence13 producer Rich Boerner will serve as head of production.

“We are thrilled to be expanding our partnership with the incomparable Jemele Hill,” said Spotify’s head of studios and video, Courtney Holt. “An acclaimed journalist, storyteller, podcaster, and creative — whose bold and authentic takes on social politics, sports and culture have shined a spotlight on topics that are often overlooked. We can’t wait for her to continue her podcast, and bring new and diverse talent to her network that amplifies and strengthens the voices of this important community.” 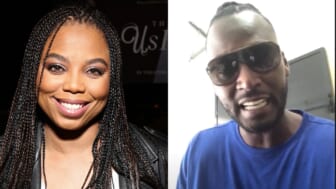 Hill not only managed to soar in a male dominated industry but she is known for being proud of her Blackness.

Back in 2006, the decorated journalist was a sports columnist for the Orlando Sentinel and the only Black female sports columnist in America. She spoke about being proud of her journey and why she didn’t mind being considered a Black columnist.

“Never in my life did I think I’d be the answer to a trivia question. I’m not sure what to think of it, really. On one hand, it gives me a pretty special distinction. I’m proud of what I am and what I’ve become,” said Hill to Columbia Journalism Review.

“I don’t mind being considered a “Black columnist,” because I bring those experiences to my column. On the other hand, it’s sad. What does it say about our business that I’m the only one? I also won’t deny there is some pressure on me because I am the only one. That can be difficult to manage at times. This is my first columnist job, so I’m going to make mistakes. But because of my age and what I represent, I’m not sure if I have much latitude.”