Walton, 38, built her campaign on education, reallocating police funds, employment, and reducing crime in the city

It looks like Buffalo, New York — the state’s second largest city — has a new mayor.

Based on the vast majority of votes counted on Tuesday and early voting, it appears activist India Walton was ahead of four-term incumbent Byron W. Brown, according to The Buffalo News.

Walton shared the celebratory call with her mother.

“Mommy I won!” said Walton on the call. “Mommy I’m the mayor of Buffalo.”

Walton, 38, built her campaign on education, reallocating police funds, employment, and reducing crime in the city. Buffalo is known for being ranked as one of the poorest cities in the state which contributes to its high crime rates. 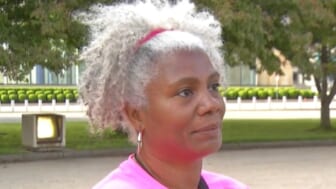 According to Walton’s website, she was born on the city’s east side as one of six kids. At 14-years-old, she became pregnant with twins and still managed to obtain her GED. The babies were born prematurely which inspired her to become a nurse. She went back to work at the NICU where her boys were born and their lives were saved.

“I believe that the people closest to the problems are closest to the solutions. It’s time for us to stop waiting for someone to save us, and do it ourselves,” said Walton, according to the website.

When asked if she considers herself a socialist she responded with: “Oh, absolutely. The entire intent of this campaign is to draw down power and resources to the ground level and into the hands of the people,” per Aaron Besecker of The Buffalo News. 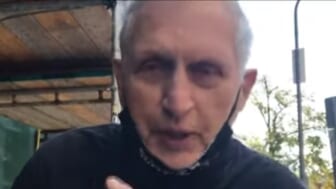 Walton’s team put in the work and reportedly made 19,000 calls on Monday.

Walton is also poised to be the city’s first female mayor. Buffalonians and supporters rushed to social media to shout her out.

“The speed and conviction with which India Walton answers “Are you a socialist?” with “Oh absolutely” is just incredible,” another added.

“@Indiawaltonbflo became a mother at 14 years old. She earned her GED while pregnant w/ twins. She graduated, became a registered nurse, & then a representative in her union, 1199SEIU. Then directed a Community Land Trust. Tonight it seems Buffalo may be making her Mayor,” added Rep. Alexandria Ocasio-Cortez.

Brown, who held the city down as mayor for 16 years, did not take the news well on Tuesday night and refused to concede to Walton until “every vote is counted.”

“Things are very tight. They are too tight to call now,” he said Tuesday night.

“He and I talked about that this morning,” Zellner said Wednesday afternoon. “Without speaking for him, I think it’s fair to say they’re weighing all their options, for sure.”

However, Zellner made clear that he was supportive of Walton and had spoken to her.

“I have pledged our full support to her,” the chairman said. “We are with the next mayor of Buffalo – India Walton.”