"I don't know nobody in sports that's my age and can still stick 'em up like that."

Weeks after his controversial exhibition match against YouTuber Logan Paul, Floyd Mayweather has confirmed the significant payout that motivated him to even step into the ring.

Saturday evening following his protege Gervonta Davis‘ 11th-round knockout of Mario Barrios to claim the WBA super lightweight title, Mayweather was caught on video boasting, “I’m the only person that can do a fake fight and get 100Ms (millions).”

“I could do legalized sparring and get 100 M’s,” continued the boxing legend, who fought the YouTuber in an eight-round fight earlier in June. 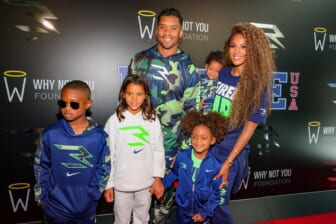 Critics and boxing enthusiasts widely panned the Miami showcase, with purists opining that the 26-year-old social media star should have never been allowed in the same ring with such an elite athlete. But Mayweather has brushed off the backlash, stating that he’s – quite literally – laughing all the way to the bank.

In the clip posted on Sunday evening, the 44-year-old then likened himself to a “bank robber” due to his ability to leverage his opportunities and get such a substantial payday for what was essentially a non-event.

“Am I the best bank robber?” he rhetorically asked Mayweather Promotions CEO, Leonard Ellerbe. “Because I don’t know nobody in sports that’s my age and can still stick ’em up like that.”

Although no winner was announced for Showtime’s exhibition boxing match between Mayweather and Paul, many viewers agreed on two key things: Mayweather came out on top, and the pay-per-view fight was a lot tamer than they expected.

During his career, Mayweather has won 50 matches and had yet to lose a professional fight. He last beat kickboxer Tenshin Nasukawa in 2018 during a fight “strictly for entertainment purposes,” and his last boxing match was in 2017 against UFC fighter Connor McGregor. Mayweather defeated the Irishman.

McGregor called for a rematch earlier in 2021 after mentioning that he received praise from notable names in the boxing world.

During June’s match at the Hard Rock Stadium in Miami Gardens, Mayweather, 44, got in more punches, but Paul, 26, was able to go the distance and last eight rounds.

A vocal majority on Twitter believe Mayweather could have knocked Paul out, and he even came close at one point. However, in the videos, he appears to have held Paul up so the fight could continue. 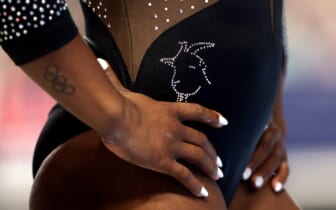 As we previously reported, shortly after “Money” Mayweather scored another big payout, the boxer revealed that his Las Vegas home was burglarized. He then announced that he would be willing to pay at least $100,000 for any information leading to the burglars’ arrest.

”One’s home is there a sanctuary, place of peace, relaxation and comfort. When someone violates that sanctuary, it is disturbing and hurtful,” Mayweather wrote on social media. “One of my homes was burglarized in Las Vegas. They stole many valuable handbags and other belongings of substantial value. I am offering at least $100,000 reward for information that leads to the return of my belongings.”

“The level of disrespect and greed it takes for someone to do this is unfathomable,” he concluded. “Thank you to anyone who comes forward with any information. God bless.”