The Cosby Show actress Phylicia Rashad posted a tweet of support for her former co-star Bill Cosby after news of his imminent release from prison was announced.

The 73-year-old actress wrote, “FINALLY!!!! A terrible wrong is being righted- a miscarriage of justice is corrected!” The post was accompanied by a photo of Cosby holding up his fist.

Almost immediately after posting, Rashad turned off the mentions of the tweet, preventing anyone from replying.

Several hours later, Rashad posted another tweet writing, “I fully support survivors of sexual assault coming forward. My post was in no way intended to be insensitive to their truth. Personally, I know from friends and family that such abuse has lifelong residual effects. My heartfelt wish is for healing.”

Howard University, where Phylicia Rashad was named Dean of the College of Fine Arts in May of this year, addressed Rashad’s initial post writing, “Survivors of sexual assault will always be our priority. While Dean Rashad has acknowledged in her follow-up tweet that victims must be heard and believed, her initial tweet lacked sensitivity towards survivors of sexual assault.”

“Personal positions of University leadership do not reflect Howard University’s policies. We will continue to advocate for survivors fully and support their right to be heard. Howard will stand with survivors and challenge systems that would deny them justice. We have full confidence that our faculty and school leadership will live up to this sacred commitment.” 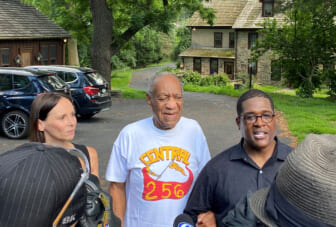 Social media has almost universally denounced Phylicia Rashad’s tweets and many are calling for her to step down from her new role at the university.

One Twitter user wrote, “I wouldn’t trust Howard with my daughters as long as you have DEANS that stand with sexual predators. I imagine MANY parents feel the same.”

“We’re really concerned particularly for Black survivors,” said Indira Henard, executive director of the DC Rape Crisis Center told Fox 5 DC. “Howard University is an HBCU and so we know the intersectionality of sexual violence and race, and so, this adds to that.”