The 31-year-old rapper released her latest single “I Am The Stripclub” on Friday, and the accompanying music video contains several scenes featuring Azalea looking especially bronze while wearing a black wig, surrounded by Black dancers.

The phenomenon of non-Black people using makeup, wigs, Photoshop, surgery and a number of other visual modifiers to mimic Black features has been coined “blackfishing” by hip-hop journalist Wanna Thompson. 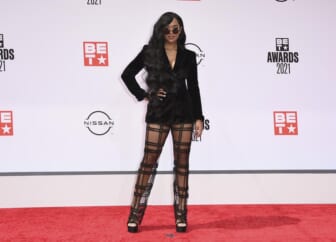 Blackfishing has its roots in blackface, according to Lauren Michele Jackson, Northwestern University professor and author of the book “White Negroes.”

“Blackface as we, you know, traditionally think of it, we think of the dark, dark paint. We think of minstrel culture. There is at least some sort of deliberation about mimicking and imitating a Black appearance, a Black person,” Jackson said in an interview on NPR’s Code Switch podcast. “In this case, it’s a little bit weird and a little bit different because, you know, obviously, there’s no, you know, dark paint involved.”

Since the music video’s release, a barrage of Tweets have poured in criticizing Azalea, whose real name is Amethyst Amelia Kelly.

“Don’t act like she didn’t learn from Ariana Grande and Rachel Dolezal. But Iggy Azalea and blackfishing is no surprise,” said one Twitter user, @MrErnestOwens.

“I don’t know who that woman of color is, but it certainly ain’t Amethyst Amelia Kelly, known professionally as Iggy Azalea, who moved to the United States from Australia at the age of sixteen,” Twitter user @theferocity said.

“You are telling me that THIS is Iggy Azalea? When will the blackfishing cease? When,” asked @kandacesays. 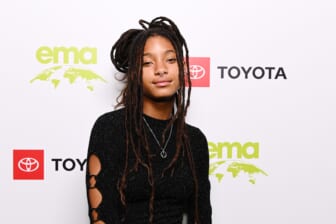 Azalea has taken to Twitter to defend herself, replying to one user, saying, “I’m the same color as I always am, just in a dimly lit room” while wearing a “smokey eye and different wig.”

“The internet stay trying to read into s**t that’s really not that deep,” she replied to another user’s comment.

“Everyone in the club scene looks darker, it’s a club scene!” she continued in another reply. “I’m sick of ppl trying to twist my words or make s**t a problem when all I’ve done is try a hair color.”

Criticisms of Azalea’s use of Black culture are nothing new. In a 2013 interview with Complex, when asked about whether or not she intentionally speaks with a “blaccent,” the rapper replied, “if you’re mad about it and you’re a Black person, then start a rap career and give it a go too.”

“I don’t think the voice makes me fake; it makes me an artist,” she added. “Voice is my medium. I should have creative rein to do whatever the [heck] I want with it.”

Accused again of cultural appropriation in 2019, Azalea responded in a Cosmopolitan interview that she “can’t be that f*****g sorry about it.”