“No technicality — it’s a violation of one's rights & we the people stand in support of Ms. Phylicia Rashad," disgraced comedian and actor Bill Cosby said in a released statement

Since his release from a Pennsylvania prison, Bill Cosby has had a few choice words for those who support him as well as his critics.

In a statement on Independence Day, Cosby wrote, “Howard University you must support ones Freedom of Speech (Ms. Rashad), which is taught or suppose to be taught everyday at that renowned law school, which resides on your campus.”

Cosby then pivoted, writing, “This (sic) mainstream media are the Insurrectionists, who stormed the Capitol. Those same Media Insurrectionists are trying to demolish the Constitution of these United State of America on this Independence Day.”

“No technicality — it’s a violation of ones rights & we the people stand in support of Ms. Phylicia Rashad.”

The statement was released by Cosby’s spokesman Andrew Wyatt and first reported by Deadline.

It was written in response to a firestorm that was unleashed after former Cosby Show co-star, Phylicia Rashad tweeted her support of Cosby’s surprise release last week.

As previously reported, the 73-year-old actress and dean of the College of Fine Arts at Howard University wrote, “FINALLY!!!! A terrible wrong is being righted- a miscarriage of justice is corrected!” The post was accompanied by a photo of Cosby holding up his fist.

The tweet quickly went viral and, while the mentions were turned off preventing anyone from replying, it was shared more than 30,000 times. Several hours later, Rashad posted another tweet writing, “I fully support survivors of sexual assault coming forward. My post was in no way intended to be insensitive to their truth. Personally, I know from friends and family that such abuse has lifelong residual effects. My heartfelt wish is for healing.” 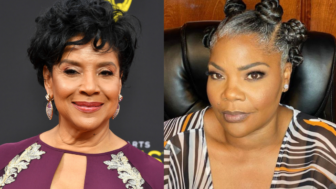 “Personal positions of University leadership do not reflect Howard University’s policies. We will continue to advocate for survivors fully and support their right to be heard. Howard will stand with survivors and challenge systems that would deny them justice. We have full confidence that our faculty and school leadership will live up to this sacred commitment.”

Calls for Rashad to be dismissed from the university are still lingering in the Twitterverse.