OPINION: Instead of acknowledging the experiences of trauma they had to endure to overcome and survive, many of our 'aunties' would rather contribute to generational curses 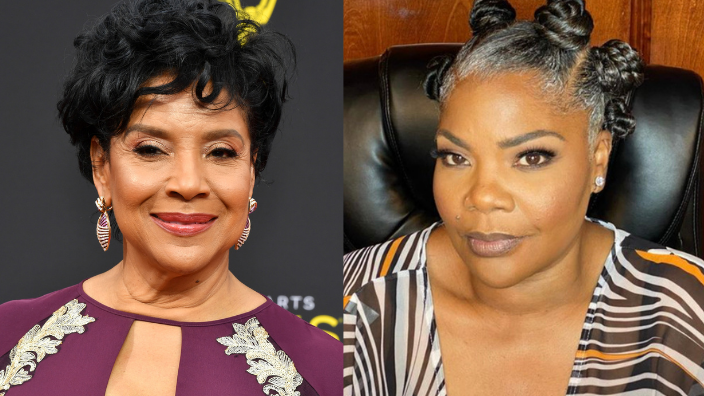 I woke up this morning to my heart still heavy with disappointment. On Wednesday, when the news of Bill Cosby’s sexual assault conviction being overturned due to a technicality, and his subsequent release from prison, broke the newswire, my heart also broke for the survivors of his abuse. Then, I braced myself for the ashy commentary and celebration of a serial rapist’s release that was sure to come from the Black community.

Frustrated and angry, I largely ignored the erroneous and incredibly myopic ‘hot takes’ of some of my peers. I shook my head at the likes of Ice T and Timbaland tweeting and deleting their celebrations of Cosby’s release. Not to be outdone, everyone’s favorite Black TV mom, Phylicia Rashad, said ‘hold my beer’ and proceeded to thwart any hopes I once held that she would, finally, be on the right side of this issue.

Instead of privately sending a message to her group text of friends and family to celebrate her television husband’s release from the clink, the new dean of Howard University’s College of Fine Arts decided to cape for a serial predator via Twitter. What’s worse, she made sure to take the cowardly route and disable the ability to reply directly to her egregious tweet.

Also Read:
Cosby’s prison release on a technicality is the result of a legal screw-up

Thank goodness for quote retweets and the ability to (rightfully) drag those who need to be corrected via an overwhelming ratio.

Granted, Rashad’s sentiment — on its face — was not incorrect. There was, technically, a miscarriage of justice in Cosby’s case (to understand the legal missteps, check out theGrio contributor Sophia A. Nelson’s explanation); however, Rashad’s belief goes beyond legal jargon and procedures. In her eyes, Bill Cosby should have never had to be punished for his crimes against women because he never performed them.

To Phylicia Rashad, 60 women banded together in an effort to ‘obliterate the legacy’ of an innocent man.

Let me be very clear here: Bill Cosby is not innocent. He is a serial rapist whose rights were violated, and due process denied, by an incompetent prosecutor. THAT is why he has been freed. Both things can be (and are) true at the same time.

Now while I wholeheartedly refuse to put the onus of Bill Cosby’s bad behavior on another Black woman, the problem with Rashad’s stance, her tone-deaf follow-up tweet claiming to support survivors of sexual assault, and refusal to delete her original offensive tweet, is that it is yet another reminder that toxicity among older generations of Black women is alive and well. That the generation that bred the likes of Audre Lorde, Toni Morrison, Angela Davis and other fierce Black women is still holding on tight to the shackles of patriarchy and misogyny.

The problem is larger than just Rashad and her enabling of a serial predator. It is also seen in the likes of aunties like comedian Mo’Nique who, while declaring her audience her ‘sweet babies’, uses her large platform to shame, police, and denigrate other (younger) Black women under the guise of ‘guiding’ them.

It is in women who hold steadfast to respectability politics so deeply entrenched in white supremacy and whitewashing that then tell the rest of us who dare to step outside of those stifling expectations we never asked for, that we somehow do not respect ourselves.

The toxicity lingers in the aunties who are proud R. Kelly supporters, who would rather comment on ‘fast tail girls’ than the male predators who groom and abuse them. It lingers in the aunties, mothers, and grandmothers who prefer to villainize victims because they are more concerned about ‘optics’ and not letting ‘family business’ (read: protect Black men at all costs) out in public.

It’s the same toxic cycle that allows for these women to never report the predators in our own families, instead choosing to quietly warn family members not to leave children alone with the offending relative (but still encouraging children to ‘go give [relative name] a hug’).

We have seen the harm manifest in the blatant valuing of sons over daughters. In ‘churchgoing’ older women encouraging other women to stay in mentally, emotionally, and/or physically abusive relationships because having an abusive man is better than no man at all, so says the Lord. Not to mention, the rampant homophobia and transphobia permeating our culture.

These detrimental ideologies can even rear their ugly heads in the workplace. Far too often, the experiences of those of us who have had to call older Black women our coworkers or superiors have been nothing short of traumatizing. I, personally, have been subject to sabotage, bullying, and abuse of authority from older Black women I initially was desperate to learn from.

Under the guise of ‘preparing’ us for the ‘real world,’ these women’s thinly-veiled attempts to remain the good token Black in the office only prepared me, and those like me, for a world in which we further questioned our own abilities, thus breeding imposter syndrome.

Make no mistake, though. I empathize with, and understand, how our beloved aunties got here. When they were coming up, misogyny, patriarchy, white supremacy, and the other decks stacked against them did not allow them to have the emotional capacity necessary to prioritize themselves. Their generation did not allow for them to move beyond the idea that they can be more than mothers and mules for the benefit of men.

In fact, I believe much of the older generations’ contention and pushback against younger generations is due to jealousy. They begrudge our freedoms and unabashed dedication to destroying the status quo, of which Black women have always gotten the short end of the stick.

The aunties themselves have internalized their own trauma, lacked introspection and — most importantly — healing. Instead of acknowledging the experiences of trauma they had to endure to overcome and survive, they’d rather contribute to generational curses.

They are envious that we’re not trying to survive; we are trying to thrive. We are trying to break chains AND cycles. But instead of celebrating us, they choose to step on us. 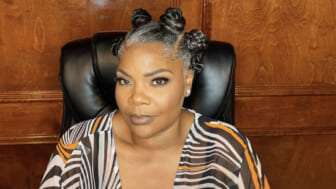 Most of these women have been extended grace because of who they are to us and what they represent. The reverence and deference we show them is because even amid their sometimes-problematic nature, we know that there is still value to their wisdom and all they have had to overcome to survive. But our veneration does not, and should not, come without critique and correction.

Even now in this moment of disappointment and frustration, I hope the older aunties see this written piece as a letter of love. A cry begging for them to do and BE better. To recognize that the love and respect that we have for them does not diminish the often-irreparable damage they have done.

It is my hope that the aunties join my generation and the ones after to do the work to pass the (healthy) baton; but, at this juncture, I am only willing to ‘extend grace’ to those who are committed to helping and healing our community of Black women and girls.

Anyone else can be left behind. 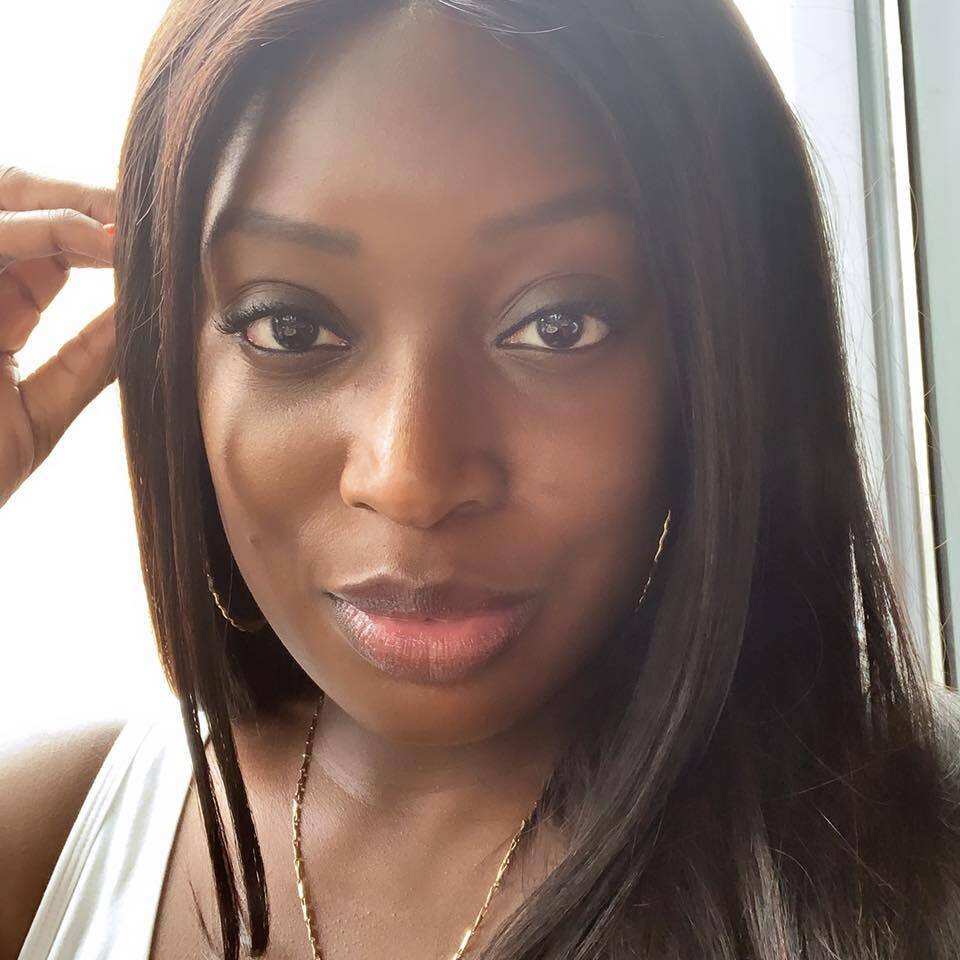 Shana is theGrio’s Social Media Director, co-host of ‘Dear Culture’ podcast, and a true creative at heart whose love for writing, Blackness, Black people, and Black culture has manifested into a desire and ability to tell compelling stories, create change, and positively impact communities through the wide lens of social media and marketing. Follow her on Twitter at @QueenSqueakz.