‘The Parent ‘Hood’ actress Suzzanne Douglas is dead at 64

Douglas, who is best known for playing opposite Robert Townsend on the hit '90s TV show, died Tuesday.

Suzzanne Douglas, the actress best known for playing opposite Robert Townsend on the hit ’90s TV show, The Parent ‘Hood, died Tuesday at the age of 64.

A cause of death has not been disclosed.

Her passing has been confirmed by TMZ and was first announced by journalist Roland Martin on Twitter, who wrote, “Sad news…actress @suzzannedouglas has passed away.”

“Several of her family members confirm on Facebook that the longtime actress has passed away at the age of 64,” Martin tweeted. “Many remember her as @larenztate’s mom and @joethemorton’s wife in ‘The Inkwell.'”

Tributes immediately flooded in from fans and celebrities across social media.

Suzzanne Douglas appeared in When They See Us as Grace Cuffee, mother of Kevin Richardson, one of the Exonerated Five.

The film’s director, Ava DuVernay, wrote on Instagram and Twitter that Douglas “was a quiet, elegant force as we made WHEN THEY SEE US. A gentlewoman. A gem of a lady. A confident, caring actor who breathed life into the words and made them shimmer. I’m grateful that our paths in this life crossed. May she journey on in peace and love.”

A Chicago native raised in public housing with three siblings, Suzzanne Douglas graduated from Illinois State University. She also was a vocalist who earned a Master in Music degree from the prestigious Manhattan School of Music.

The actress made guest appearances on countless TV shows over the years. On The Parent ‘Hood, she played Jerri Peterson for five seasons of The WB sitcom. Her character was a tough mom of four and law student wed to Townsend’s character, a college professor, who lived with their family in Harlem.

After Douglas’ passing, actress Reagan Gomez, who played Douglas’ daughter on The Parent ‘Hood, retweeted a previous note in which, responding to a question asking for all-time favorite TV moms, she answered, “This is a #SuzzanneDouglas stan account.”

Gomez shared several pictures of Douglas, including one of her in a formal gown and one in which she lauded her natural hair, progressive in 1990s television. She also shared a photo of herself and Douglas taken during their last taping of their show.

Suzzanne Douglas’ acting wasn’t limited to the small screen. She appeared in the classic film Tap, starring Sammy Davis, Jr. and Gregory Hines, earning an NAACP Image Award for her portrayal in the 1989 movie. She starred in 1994’s The Inkwell with Larenz Tate and Joe Morton, which depicted the lives of Black families on Martha’s Vineyard. 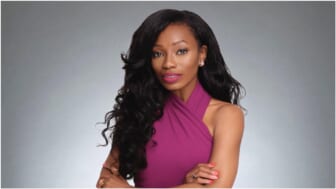 Douglas leaves to mourn her husband, neuro-radiologist Roy Jonathan Cobb, who she married in February 1989, and their daughter, Jordan Cobb, also an actress and writer.

She was a member of Delta Sigma Theta Sorority, Inc, where she served on the Honorary Co-Chair of the Commission on Arts and Letters for 13 years, as well as a lifetime member of Girl Scouts of the USA, The National Council of Negro Women, Sigma Alpha Lambda and Jack and Jill of America.