New York law enforcement officers who lost their jobs after accusations of wrongdoing have been able to secure other jobs, according to a new report. 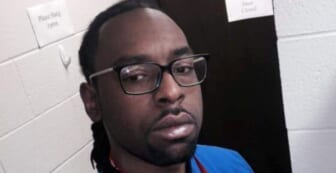 The Intercept, in partnership with New York Focus, published an in-depth article digging into cases of officers with misconduct records who were rehired at other companies.

According to documents obtained by The Intercept and New York Focus gathered through New York Freedom of Information Law requests, 27 former officers who were decertified by state regulators were able to pick up new jobs at another police department or public safety agency. There were some cases where employers did not know the officers were decertified, according to the report.

Michael Sisitzky, who serves as the senior policy counsel in the Policy Department for New York Civil Liberties Union, drew a correlation to a broader pattern and shared his perspective in the article published by The Intercept.

“It fits into a broader pattern that we’ve seen in police getting away with misconduct,” Sisitzky said, according to The Intercept. “The fact that they may not have violated any laws or rules by going through this process is another example of police departments not taking rules violations by officers on the job that led to the loss of their jobs and loss of certification all that seriously.”

The Intercept outlines multiple examples where officers were rehired into new positions despite their misconduct. One is former NYPD Officer Anthony J. Egan, who allegedly assaulted a man accused of buying drugs.

Egan was accused of excessive force, false arrests, and false testimony in a lawsuit filed by the individual, one of seven civil rights lawsuits the officer faced costing New York City more than $437K, according to The Intercept.

Egan was hired again months later at a private security company, then again as a campus peace officer at New York’s Hunter College, according to The Intercept. He reportedly now works at the Metropolitan Detention Center as a correctional officer.

This is just one example presented in the article regarding a New York officer picking up multiple opportunities despite engaging in unprofessional and problematic behavior.

New York State’s Division of Criminal Justice Services features a section on their website for “Police and Peace Officer Decertification” and lists the officers who have been decertified.

“A police or peace officer’s basic training certificate is immediately invalidated when an officer is removed for cause by their employer for incompetence or misconduct, or they have resigned or retired while a disciplinary process that could result in their removal has commenced,” a description on the website reads.

“Employers are required to report these removals, resignations and retirements to the Division of Criminal Justice Services, which maintains the state’s Central Registry of Police and Peace Officers.”

The Division of Criminal Justice Services states that employers make the decisions to hire, discipline and/or fire officers and “subject to local and state laws and collective bargaining agreements, if applicable.”

They continued stating, “Decertification of basic training does not preclude an individual from seeking future employment as a police or peace officer. A new employer must ensure, however, that the individual retakes and successfully completes basic training within one year of being hired.”

According to The Intercept, the Division of Criminal Justice Services quietly posted a file with the names of decertified officers onto their page after their story ran and New York Focus submitted a FOIL request for related information.

Over 1300 names are on the 2021 list, though not all are police officers – some are corrections officers or work in other city and state agencies.

To read the full report and article on decertified officers getting rehired by The Intercept, click here.