The frontman of The Roots gives insight into his life, career, and hip-hop history in a new audio memoir dropping on July 8.

What do author Richard Wright and rapper Tariq “Black Thought” Trotter have in common? They are both peerless wordsmiths, with uncanny ability to harness their humble and volatile upbringings as Black men in America and expressing it in a way that inspires a generation.

Plus, they both almost burnt their houses down as kids because they were playing with fire near curtains.

Now, that last anecdote isn’t common knowledge for fans of The Roots, but Trotter reveals that story, and more in a new collaboration with Audible called 7 Years. Dropping on Thursday, the nearly two-hour audio-only memoir offers a four-dimension excursion, featuring Trotter telling his story of inspiration and evolution.

As part of Audibles’ “Words and Music” initiative that posted unique audio storytelling of acts like Yo-Yo Ma, Smokey Robinson, and Common, 7 Years is an illumination of the man who is the embodiment of rap music’s refinement. His natural ability to convey his life on tape is just as compelling as his poignant, esoteric wordplay that remains grounded to the foundation from whence it came.

Trotter’s story is built upon his theory that humans change every seven years. He told theGrio that it derives from research on how human cells change in the body in the same increments.

“It’s a theory that ourselves are constantly regenerating, over about a seven-year period, at least on a cellular level, we become essentially brand new people, you know, over time and how that change is represented in different aspects of my life,” Trotter said.

But beyond a purely cellular standpoint, Trotter states that he noticed that each important crossroad in his life that led him into a new personal paradigm occurred every seven years. Thus, this is how he chose to outline his audio memoir.

“There’s also changes that take place every seven years a on a more positive level that affects us directly and indirectly as well,” Trotter continued.

Throughout 7 Years, listeners will get an in-depth look into Trotter’s life and see what led him to be the two-time Grammy-winning MC he is today. You’ll hear stories of him jumping from building to building, like parkour athletes, to write graffiti on buildings in Philadelphia, his relationship with his mother, and her struggle with substance addiction.

Trotter reveals his eclectic musical influences throughout his life, from Afrika Bambaataa and Fela Kuti to Stereolab and Portishead. His experiences traveling to Europe and improvising raps overs live jazz of Steve Coleman and Cassandra Wilson in his early 20s will help you understand how he can easily freestyle with The Roots each week on The Tonight Show with Jimmy Fallon, or drop a devastating, unrelenting freestyle for Funkmaster Flex. 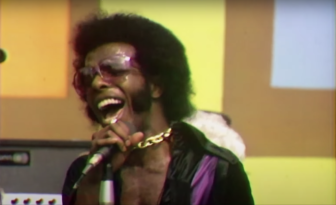 Also Read:
Questlove revitalizes vital portion of Black archive with ‘Summer of Soul (…Or, When the Revolution Could Not Be Televised)’

You’ll also hear about his run-ins with the law and how an innocent mix-up almost landed him a lengthy prison sentence. With so much to unpack, it was important for Trotter to recognize what parts of his life to include and what parts to leave out.

“It was hard to condense things and to edit the whole ideas down into something that would, you know, that would fit into the necessary time,” Trotter said.

Although he’s a man with a peerless way with words and no qualms when it comes to self-expression, Trotter has been guarded with his personal life. He sees 7 Years as an opportunity to help fans get closer to him and understand the context of his artistry on a deeper level.

“I’m at this point in my career, there’s so much that I’ve said and spoken on that I feel like the only thing that’s left is to just get super, you know, real and just much more personal,” Trotter said. “And it’s a blessing that I am an artist who finds himself with this dilemma.”

What really enhances the audio-memoir is its soundtrack. Music accompanies Trotter’s monologues, expertly interweaving mature re-recordings of Roots classics, such as “Proceed,” “What They Do,” “You Got Me” and “Dynamite.”

“There’s something about adding music to the story in that way that makes it more transparent and more, you know, transcendent,” Trotter explained.

Also, in addition to learning more about the man behind the rhymes, 7 Years gives listeners a crash course in the history of Philadelphia hip-hop in the culture’s formative years.

“Two things were important; that both hip hop and the city of Philadelphia were as much characters in this piece as I was,” Trotter said. “They play an integral role in this story as much as I do, I think.”

Go to Audible to listen to Black Thought’s 7 Years here.