Prosecutors say the officer was heard saying: “I will choke you, I will kill you”

A Baltimore police officer and his supervising sergeant have been indicted after the officer allegedly body-slammed a teenage suspect onto pavement and threatened to choke him to death as he was struggling to handcuff him, prosecutors announced Friday.

City prosecutors say Baltimore Officer Maxwell Dundore’s alleged takedown of the 17-year-old wanted in connection with a stolen car was unjustified and amounted to assault. He was indicted on charges of second degree assault and misconduct. His supervisor, Sgt. Brendan O’Leary, was indicted on charges of misconduct and making a false statement after allegedly downplaying and distorting his colleague’s actions on a written report.

Baltimore State’s Attorney Marilyn Mosby’s office states the matter started when Dundore saw the teenager get out of a reportedly stolen car and try to run away. The officer managed to grab him and both fell to the ground. When the suspect managed to get up, Dundore then allegedly grabbed him by the waist and slammed him face-down onto the pavement. 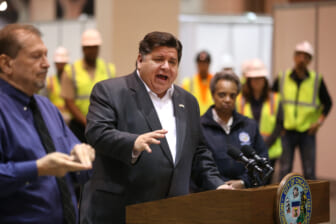 Prosecutors say the officer was heard saying: “I will choke you, I will kill you,” before releasing his grip as multiple officers arrived and secured the suspect in cuffs. As he stepped over the teen suspect, Dundore “back-kicked” him in the face, the indictment alleges.

The police report submitted by O’Leary not only minimized the severity of Dundore’s actions that day in April 2020 but “materially distorted the nature of the incident to justify unlawful police conduct, and mislead investigators,” prosecutors alleged.

In a Friday statement, the Baltimore Police Department said Dundore and O’Leary have been suspended and put on administrative duties pending the investigation’s outcome. The police agency said it had opened an internal investigation and referred the incident to Mosby’s office. There were no lawyers listed for the accused police officers in court records. The pair were indicted Thursday by a grand jury.

“These indictments demonstrate our commitment to ensuring one standard of justice for all,” Mosby said in a statement. 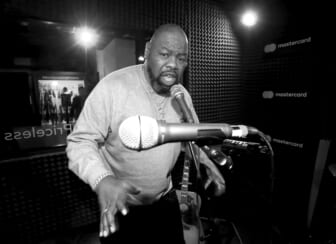 Since January 2017, Baltimore has been under a federal consent decree after the U.S. Justice Department released a scathing report detailing longstanding patterns of racial profiling and excessive force within the city’s police force. The Justice Department began investigating the Baltimore police following the April 2015 death of Freddie Gray, a young black man who was fatally injured while in the custody of officers.

If convicted, Dundore faces a maximum sentence of 10 years in state prison, while O’Leary faces six months for making a false statement.