Friends of Biz, from music artists to athletes, pay tribute to the late rapper in social media posts

Friends and fans are mourning the loss of hip-hop pioneer Biz Markie, who died on Friday at age 57 after a long battle with diabetes.

Biz may be most well-known for his platinum-selling 1989 hit, “Just a Friend,” but he was one of rap music’s most singular figures as an innovative beatboxer, successful DJ and overall hip-hop ambassador.

Born Marcel Theo Hall, Biz had been suffering from diabetes and with his weight for over a decade. Reports of his deteriorating health first occurred last July when he was hospitalized over complications of diabetes.

His death was prematurely reported by several news sites late last month, but his family revealed he was still alive, but receiving medical care. 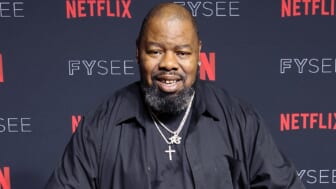 With his death now officially confirmed by his manager, Jenni Izumi, tributes to the rap legend have been pouring in from celebrities and hip-hop figures who knew Biz personally, worked with him or were fans themselves.

Rapper/actor LL Cool J took to his Instagram page to release a video about Biz’s passing. At the time of his hospitalization, Biz had been working as a weekly DJ on LL’s SiriusXM’s channel “Rock the Bells Radio.” A visibly emotional LL, real name James Todd Smith, shared his many memories with Biz since his first days as a rapper.

“Yo, I just want to say rest in power to Biz Mark, my friend,” Smith said as he held back tears. “There’s so many memories, man. You was in the basement of my grandmother’s house when I wrote ‘Rock the Bells.'”

Big Daddy Kane, the hit-making Brooklyn MC, posted a Black square on his IG page with a one-word caption, “DAMN!” Kane and Biz’s friendship goes back to the 80s when Biz brought Kane on to join his hip-hop collective, The Juice Crew, with fellow rappers Roxanne Shanté, MC Shan and Kool G Rap. 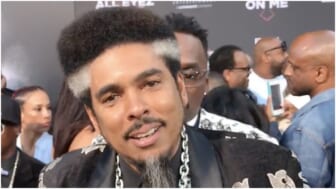 Kane, born Antonio Hardy, worked closely with Biz, first as onstage rap partners and then in the studio. Kane was the co-writer on many of Biz’s songs on his debut album, Goin’ Off.

Basketball Hall of Famer Magic Johnson paid tribute to Biz on Twitter, calling him a friend and music legend. He complimented the rapper’s ability “to rock a party,” recalling Biz DJing the 25th wedding anniversary of Johnson and his wife, Cookie, in Europe.

Four-time Grammy winner Missy Elliott posted a photo of her and Biz together as she wrote about how much she tried to emulate him when she was younger.

“I can remember so many times trying to beat box like you until my lips was sore,” Elliott wrote. She declared that his “impact in the culture Is 4EVER.”

Roots drummer and bandleader Ahmir “Questlove” Thompson issued a lengthy post on his Instagram page accompanied with a photo of him and the legendary DJ. Thompson shared their long-running, friendly game of one-upmanship over record collecting, which they discussed extensively when Biz was a guest on Thompson’s podcast Questlove Supreme in 2017.

“Biz is the reason I had to get a farm. All the friggin ‘one-upping’ game he and I played over the last decade,” Thompson wrote. “This cat was one in a million.”