Black college football teams, said Sanders, Jackson State's coach, have to be better "not only on the field but off the field."

NFL Hall of Famer Deion Sanders is the head coach of the Jackson State University football team, and he would like to be referred to as such.

During a press event Tuesday for the Southwestern Athletic Conference, a reporter referred to Sanders by his first name twice, and Sanders responded. 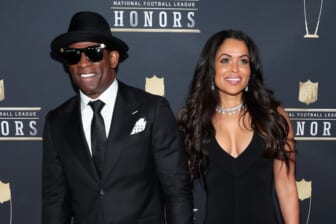 Also Read:
Deion Sanders, Tracey Edmonds on relationship: ‘We understand each other’

“If you call Nick [Saban] ‘Nick,’ you’ll get cussed out on the spot,” Sanders said, adding, “so don’t do that to me. Treat me like Nick.”

Suss later said that when he interviews people, “I call them by their first name. Whether it’s someone I’ve been working with for years or someone I’m talking to for the first time,” according to ESPN.

Never walked out of media day. I prolonged my time to answer another question & the person thought it was cute to address me the way he did so I dropped the call & went to the next outlet. Please don’t allow a fool to fool u because then nobody would truly know who the fool is. https://t.co/csbTRNgJvd

Sanders wants to be called “Coach,” and he uses the name Coach Prime as his Twitter handle.

Coach Sanders also called out the media for what he sees as a lack of coverage for historically Black college and university football teams. Black college football teams, he said, have to be better “not only on the field but off the field.” He noted that only 12 HBCU players have been drafted into the NFL.

He posited that the dismal statistic was due in part to a lack of exposure by mainstream media. He also called out Black networks, saying, “We have TVOne and we have BET; where they at?” 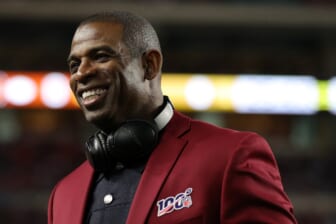 “We’re the only team in the country that people expect, in the first year, to win it all,” he said referring to the high expectations placed on the Jackson State Tigers since he joined the roster as its head coach last September. This will be his first full season with at the historic Mississippi HBCU.

Sanders’ most recent comments echo what he said earlier this year: HBCU players are often “neglected and rejected.”

“I witnessed a multitude of kids that we played against that were more than qualified to be drafted,” he said on Instagram in May. “My prayers are that This won’t EVER happen again. Get yo knife out my back and fight with me not against me!”