“Soul!” was one of the first all-Black television talk shows that celebrated and highlighted the positive side of the Black American experience

Six months after airing on PBS, the documentary Mr. Soul! is coming to HBO Max.

The film, which was initially released in 2018, tells the forgotten story of a late 60s talk show called Soul! whose host was Ellis Haizlip. Soul! was one of the first all-Black television talk shows that celebrated and highlighted the positive side of the Black American experience with performances and interviews. 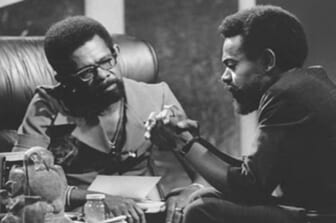 From music to dancing to poetry, etc, Soul! gave its primarily Black audience permission to be proud of who they were and what they could do.

Melissa Haizlip, Ellis’s niece, is the director of the film, along with Sam Pollard, the director of Sammy Davis: I’ve Gotta Be Me. The film will also touch on how the 37th president, Richard Nixon, denied the show needed funding because of its progressive views and positive depiction of African Americans.

Many prominent individuals appeared as guests and performed on Ellis’ show.

The crew that helped cultivate the documentary is made up of several notable names.

Set It Off actor Blair Underwood serves as one of the several executive producers of the film, as well as a narrator.

In an interview with theGrio’s Matthew Allen in February, Haizlip said her uncle created Soul! with “this idea that there can be a space for Black resilience.”

She continued, “The importance of the Black voice is not seen through a white lens or white gaze. All of that is resistance. And when you combine that somewhat subversive — if not radical — existence, co-existence of Black art and activism, you have an extraordinary and very potent vehicle for change.”

Two years after its initial release, Mr. Soul! premiered on PBS in 2020, the year of the COVID-19 pandemic as well as the ongoing civil unrest after the tragic deaths of George Floyd, Breonna Taylor, and Ahmaud Arbery.

Haizlip explained what mind frame she was in when she decided to release the documentary at such a turbulent time. 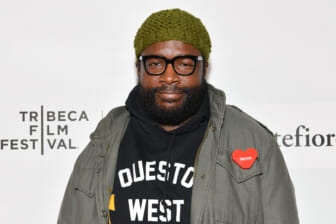 She said, “I kept thinking, ‘When we look back at this time, everyone’s going to ask, oh, how are you feeling? How did you feel? What was it like to get through this pandemic?’”