After years of controversy, a Whitney Houston hologram concert is set to open up in Las Vegas. 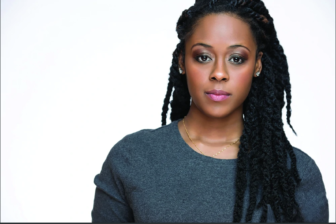 In 2019, The New York Times reported the Houston estate had confirmed plans for a “hologram tour.” Then, seven years after her tragic death, the tour was described as an opportunity to “restore” the late singer’s reputation.

Now, it seems like those plans have truly become a reality, as the official hologram show is set to take the stage in Las Vegas, after making its debut with a U.K. tour in 2020.

An Evening With Whitney: The Whitney Houston Hologram Concert is scheduled to open in October at Harrah’s Las Vegas.

The highly anticipated show is described as featuring, “the voice of the deceased diva, along with a live four-piece band, plus backup singers and dancers.”

The show will feature digitally remastered versions of some of Whitney’s biggest hits, including “I Will Always Love You,” “I Wanna Dance with Somebody (Who Loves Me),” “The Greatest Love of All” and more.

The president and CEO of the Houston estate, and Whitney’s former manager and sister-in-law, Pat Houston, shared a statement regarding the program.

Houston explained, “In 2011, Whitney and I discussed her idea of an intimate, unplugged concert tour. It was a project we called ‘Whitney Unplugged’ or ‘An Evening with Whitney.’ While Whitney’s no longer with us, her voice and legacy will live on with us forever.

An Evening With Whitney is another chance for us to relive and celebrate the talent that we were so lucky to receive for more than three decades and we’re excited to bring this cutting-edge musical experience to the fans who supported the pop culture phenomenon that was Whitney Houston, because they deserve nothing less.”

Houston’s official Instagram account also shared an official poster for the upcoming live event. Featuring a picture of the late singer rocking a gold leather jacket, the caption reads: “The boundary-breaking hologram concert, An Evening with Whitney: The Whitney Houston Hologram Concert, will make its North American debut with an extended residency at Harrah’s Las Vegas this October!”

Pre-sale tickets are available now via the show’s official website, here. The first show is on Oct. 26.