After Raven Saunders placed fifth in the women’s shot put competition at the 2016 Rio Olympics and experienced a string of setbacks during her 2017 collegiate season, the 25-year-old South Carolina native experienced a period of depression with thoughts of suicide, according to NBC.

“In 2018, I had my breakdown,” Saunders said, adding that part of her stress was related to navigating the world as a Black LGBTQ+ woman. She said she often based her self-worth on her athletic performances and was only motivated to succeed because she felt like she owed it to people around her.

For many Black athletes, such experiences are not uncommon, but experts like LeʼRoy Reese, a psychiatry and behavioral science professor at the Morehouse School of Medicine, say athletes are becoming increasingly more willing and open to vocalizing their experiences.

“Athletes are increasingly taking ownership of their personal narrative and making their own choices about sharing that personal narrative,” Reese said. “There is now a sense of agency among professional athletes that we have not seen before with regard to their voices.”

NBA basketball star DeMar DeRozan tweeted in 2018 “This depression get the best of me …,” helping spark mental health conversations around the league and the sports world as a whole. 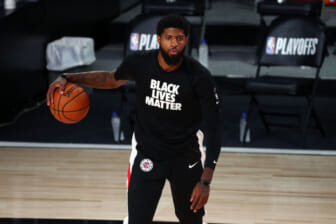 Also Read:
Paul George says he was in ‘dark place’ with ‘anxiety, depression’ in NBA bubble

Saunders’ depression had become so overwhelming that she considered driving off of a highway and ending her life. Instead, she chose to contact her therapist and chose to step away from athletics for a while and receive treatment from a mental health facility.

“I was hesitant to go at first. It was very taboo because of how strong I’m perceived to be,” Saunders said. “But once I got there, I let everything go. It’s nice when you get to be in a place where you don’t feel so alone anymore.”

Today, as she prepares to compete in the Olympics, Saunders is a staunch advocate of mental health and self-care practices such as reading and meditation. In May, PBS released a mini-documentary about Saunders titled An Olympic Athlete Takes on Depression.

Saunders is part of this recent paradigm shift, but she is not alone. Several elite Black athletes, many of them headlining this year’s Olympics as some of the most well-known names and faces in the world, have brought mental health to the forefront of the global conversation. 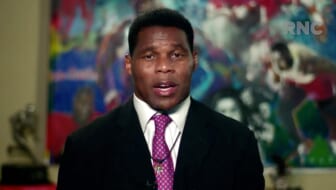 Tennis star Naomi Osaka decided in May to withdraw from the French Open to focus on her mental health, skipping Wimbledon in June for the same reason. Star gymnast Simone Biles has also been vocal about the topic, recently opening up about taking medication for anxiety and seeing a psychologist.

Fellow Olympians, champion sprinter Noah Lyles and Olympic gold medalist Simone Manuel, have shared their experiences with mental health as well. Lyles tweeted in June that antidepressants have helped him think clearly without a “dark undertone” in his mind that makes him feel as if nothing matters.

Manuel disclosed her “overtraining syndrome” diagnosis after a 100-meter-freestyle event in June, saying the ailment included muscle fatigue, shortness of breath, an elevated heart rate and led to a bout of depression.

Star sprinter Sha’Carri Richardson said her marijuana consumption, which led to her being banned from the Olympics this summer, was to cope with the “emotional panic” she experienced following her biological mother’s death.