After his departure from the popular Netflix series, Bridgerton, all eyes have been on Regé-Jean Page.

The actor hosted Saturday Night Live and has announced several film roles this year, but he may have made his biggest announcement yet.

Page is set to star in and executive produce a reboot of the Val Kilmer hit film, The Saint.

The 1997 espionage thriller is based on a set of early 20th-century adventure novels, written by Leslie Charteis, that follow a mysterious man named for a Biblical saint who uses his extraordinary deduction skills to solve crimes.

The character has appeared in comic books, television series, and films. Bond star Roger Moore played the character in a British TV series in the 1960s. 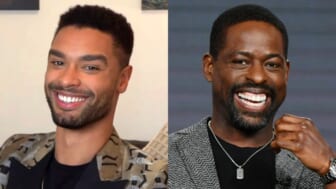 Page will be joined on the production by writer Kwame Kwei-Armah for the project, which is his second under his deal with Paramount. The Saint will follow Page’s executive production of the highly-anticipated project Dungeons & Dragons.

Kwei-Armah, the writer of the project, is also working on a drama called 892, starring John Boyega, and a musical from Spike Lee called All Rise.

According to a report from The Hollywood Reporter, the logline—which is a summary of any film and television series—is being kept under wraps. However, Page is expected to continue the heist/investigator narrative.

As previously reported, Page turned down a $200,000 offer to appear in season 2 of Bridgerton. According to previous reports, Page declined the role “for a multitude of reasons,” as the actor is “laser-focused on his burgeoning film career.” 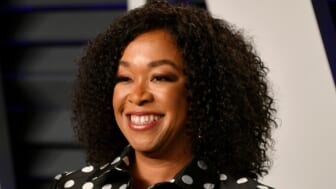 In an article with Variety, the actor said that he departed the popular series under the understanding that his character had “a one-season arc.”

“It’s going to have a beginning, middle, end – give us a year…[I thought] ‘That’s interesting,’ because then it felt like a limited series,” he explained. “I get to come in, I get to contribute my bit, and then the Bridgerton family rolls on.”

He continued, “I have nothing but excitement for Bridgerton continuing to steam train off and conquer the globe…but there is also value in completing these arcs and sticking the landing.”

Season two of Bridgerton is expected to focus on a story arc of the brother of Page’s leading lady, Daphne Bridgerton.